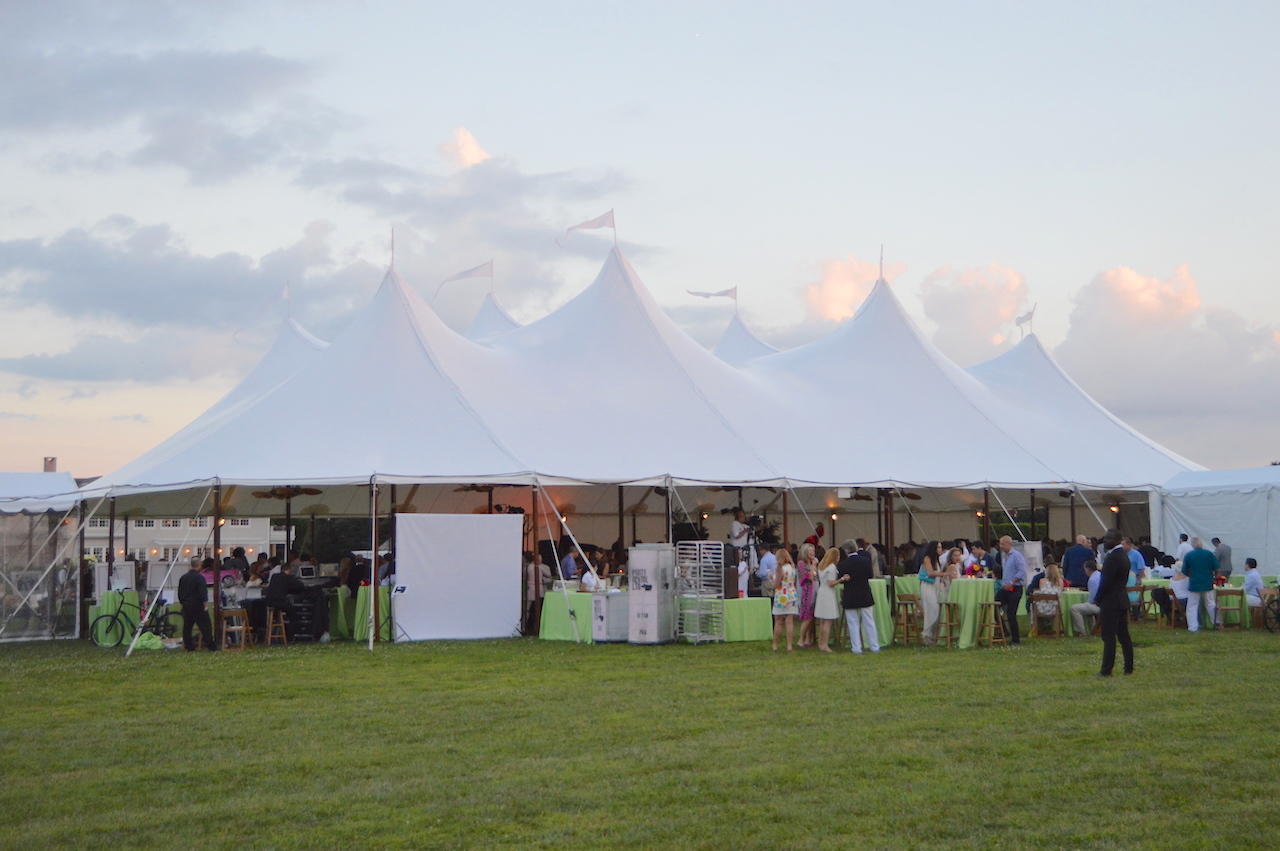 The 13th Annual A Hamptons Happening benefiting the Samuel Waxman Cancer Research Foundation (SWCRF) took place this past on Saturday, August 5 from 6:30-10pm at the private estate of Maria & Kenneth Fishel and Family in Bridgehampton. The host for the evening was CBS 2 News anchor Chris Wragge. This is one of my favorite Hamptons summer events for a number of reasons: the enthusiastic guests, the organization and professionalism of the staff, and the extravagant culinary display that easily rivals any other Hamptons summer soirée. The evening drew in about 500 guests and had the opportunity to savor plenty of fine cuisine and sip cocktails all while having the opportunity bid on live and silent auction items.

Event-goers were also treated to live performances by Grammy-nominated singer-songwriter Rufus Wainwright and up-and-coming recording artist Sophie Beem. Wainwright’s performance celebrated the introduction of a sarcoma research grant established jointly by the SWCRF and the Kate McGarrigle Foundation (KMF), a nonprofit organization he and his family founded to support sarcoma research after his mother passed away from the disease. Beem is a rhythmic pop singer, songwriter, and musician from New York City who was discovered and developed by Beyoncé. She has opened for Beyoncé internationally on the historic Formation World Tour, performed at the US Open Arthur Ashe Kids Day, DigiTour, and Jay-Z’s Made In America Festival. Favorite bites and treats were Manna’s Summer Risotto with Saffron & Peas by Chef Marco Barrila, Grace and Grit’s Beet-dyed and wasabi Deviled Eggs by Chef Jennilee Morris, Magnolia Bakery’s cupcakes by Chef Baking Officer Bobbie Lloyd, Kreuther Handcrafted Chocolate’s gourmet cheesecake macarons, caramels, and chocolates by Chef Gabriel Kreuther, and Watermelon Cotton Candy by Candied Anchor. There was so much to taste that it would have been very difficult to have one of everything; I would have liked to have tried the Vine Ripe Tomato and Burrata Salad, Calissa’s Watermelon Skewers by Chef Dominic Rice, and the Classic Banana Pudding by Pastry Chef Bobbie Lloyd.

I had a pretty big sweet tooth the other night! Though I will not confess the exact number of macarons I had, I can tell you that they were so incredible and so worth the indulgence. Cheesecake Macaron flavors included Hazelnut, Cherry Vanilla, Yuzu and Matcha, Coffee Hazelnut, Original, Apricot Vanilla, and House-made Chocolate and Hazelnut Spread. My favorites were the Apricot Vanilla and Chocolate Hazelnut. I was able to take some caramels home to have the next day.

Performers from The National Circus Project entertained attendees with their whimsical presence and magic tricks throughout the evening.

Notable silent auction items included a Hermes Scarf and bracelet, a Chanel cuff bracelet, a blue topaz ring, a stay package at The Surf Lodge, a trip to Maine, a toy ride-in Mercedes Benz for your little one, and a candle and beauty basket. Live auction prizes included a $5,000 dinner package at Il Buco in New York City, and a luxury Steinway player piano in your home for one month.