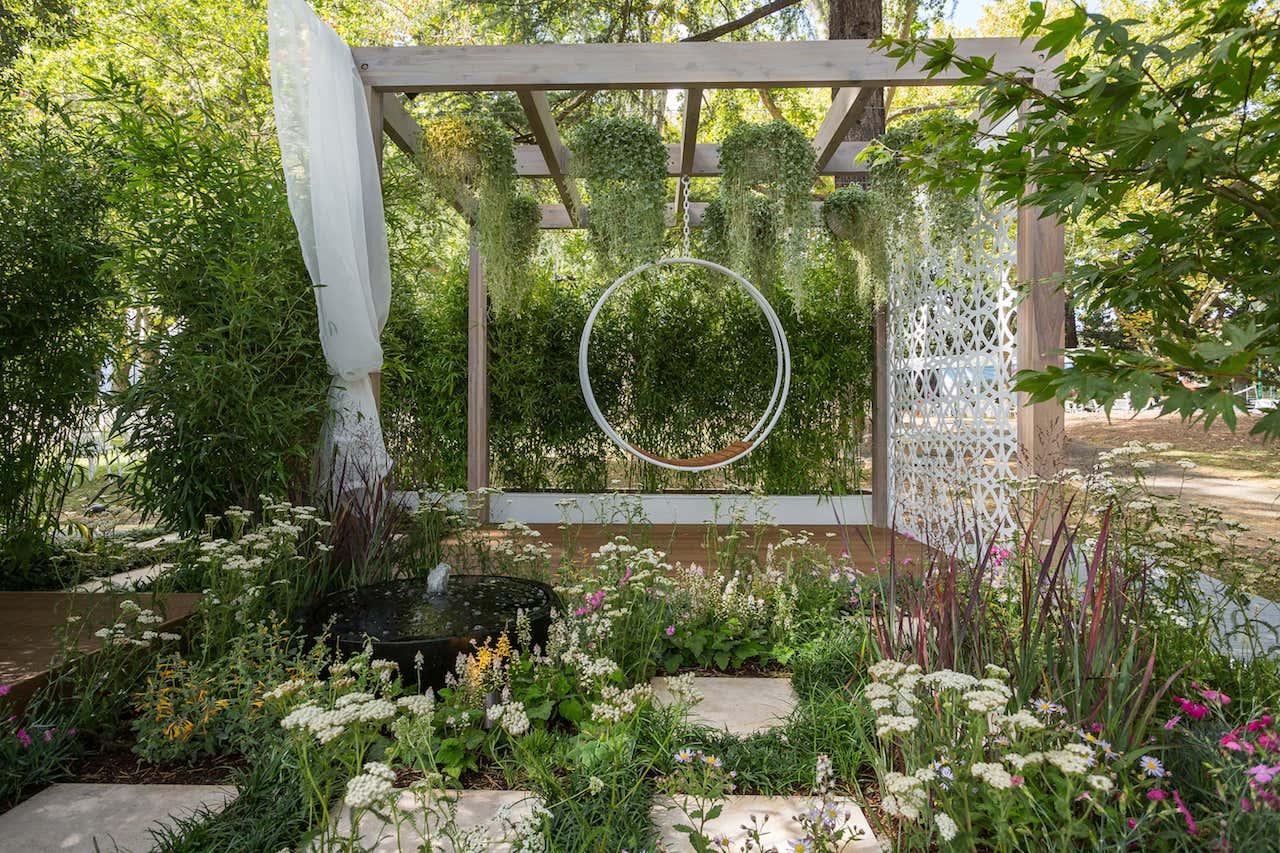 This year’s award-winning designers were revealed on Wednesday, with Tract Consultants’ The Loggia garden collecting a number of accolades. The dry climate garden drew parallels between hot weather planting in the Mediterranean and Australia, and was recognized with The City of Melbourne Award of Excellence for Best in Show, The HMA Award for the Best Use of Plant Life, and The Mark Bence Construction Award. The Loggia was one of three gardens awarded the prestigious title of Gold Show Garden, alongside MUSA Landscape Architecture’s Journey – an exploration of mental health in collaboration with Beyond Blue, and The Other Side, created by Jason Hodges, Candeo Design and Semken Landscaping for Lawn Solutions Australia. Designer, Christian Jenkins took out the People’s Choice Award for his garden, Dreaming.

The Great Hall of Flowers proved to be a captivating indoor haven for judges and visitors alike. The Gold Visual Display Award was presented to The Fantasy Garden by Collectors Corner, a sprawling bed of greenery adorned with crystals and pops of vibrant crimson plant life. Gold Floral Design awards went to designers Pinkie Promise, and The Australian Association of Floral Designs, and caught the attention of the thronging crowds across all five days.

2020 will mark the garden show’s 25th silver anniversary. Melbourne International Flower & Garden Show Event Director, Marcus Gale, explained that the silver anniversary of the Show is all about celebrating the exemplary designers who have taken out the event’s top awards in previous years.

Show goers had the chance to get hands on with Ryobi’s complimentary make and take classes, where the best power tools in the industry could be test driven to make planting racks. For those looking for a spot of tea paired with floral-inspired petit fours, the Holland America Line High Tea was a must. Held indoors, the High Tea showcased local suppliers, beautiful food, teas, coffee, and sparkling wine.

There was also a variety of entertainment, student competitions, floral design workshops, and retail exhibitors covering an extensive range of categories from garden tools to exotic plants.

Visitors to the Show were able to see it in a very different light at the Friday, March 29th evening Gardens by Twilight event, where thousands wandered a spectacularly lit Carlton Gardens, entertainment and boutique bars under the stars.

The dates for the 2020 event will be released soon. Tickets will be on sale later this year. Children 14 years and under may enter free of charge.

How to Prepare Your …

The Future of Luxury: …

An Interview with Nicole …