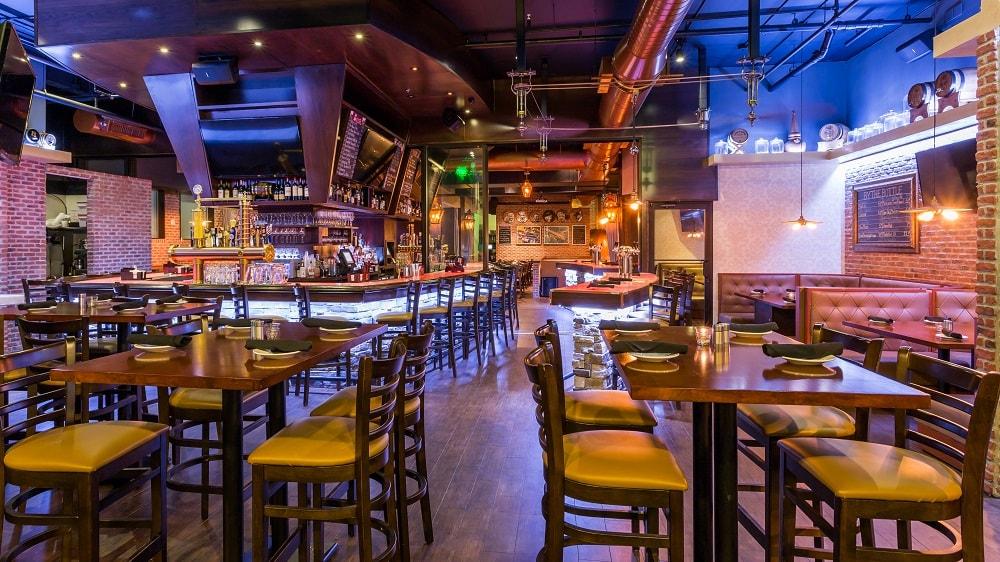 Get to know the Brickell neighborhood of Miami, Florida from the inside out. One place to start is at Batch Gastropub’s Miami location, steps away from the complimentary Metromover, notable hotel EAST Miami and the shopping center Brickell City Centre, Batch Gastropub is the epicenter of plenty of friendly fun and entertainment in this beloved neighborhood. A family-friendly eatery known for the expansive drink list and a locally sourced menu, Batch Gastropub serves lunch and dinner as well as brunch on the weekends. An all-day breakfast menu is also available.

On this particular occasion we visited for brunch and were seated outside. Allot at least two hours to enjoy brunch. The portions are packed to the brim, the service is flawless, and the food will have you hooked on the first bite and will keep you satisfied for most of the entire day.

We chose a Fruit Medley side ($4), and the Pecan-Whiskey Candied Bacon ($6) as our sides. Everything we ate was recommended by our waitress. She obviously wanted us to have the best brunch, because we certainly did. We never felt rushed, we were very relaxed, and were able to savor each plate. We still cannot believe we came close to finishing our plates. Two people could easily split a Hash.

Craving something on the lunch side? Try their Mac Attack with a variety of add ons, the Heath Nut Salad, or the Brisket & Short Rib Burger. Made from scratch desserts are the Cast Iron Cookie, Key Lime Pie Parfait, a House Brewed Root Beer Float, and more.