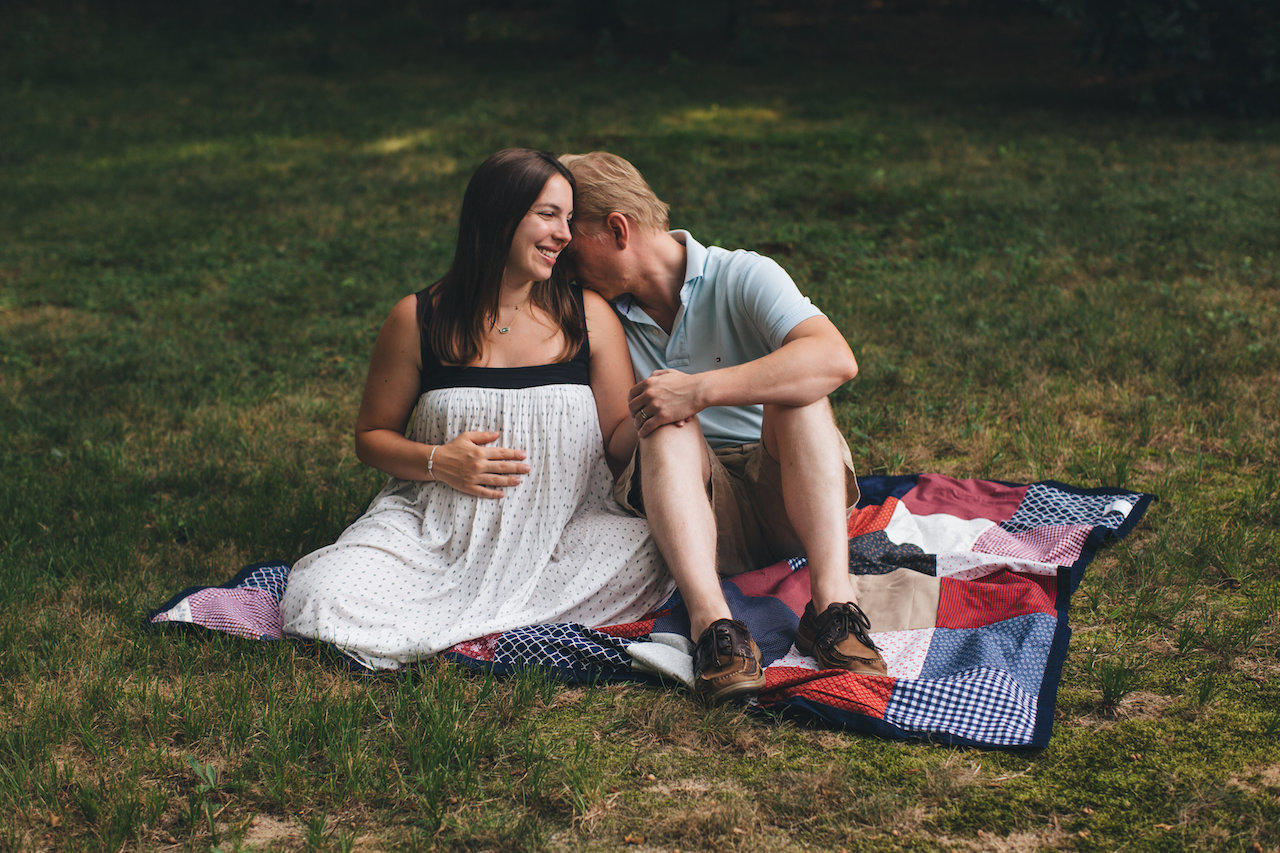 My husband and I were elated when we discovered I was pregnant with our second child. It was just after a trip to Rhode Island in late January. I had an inkling I may have been pregnant when my appetite suddenly spiked while food aversions and cravings became distinct. I also felt more tired than usual and sensitive to certain smells. It had taken us about four months to conceive. After the joyful news of my pregnancy, we had realized we were timing my ovulation cycle incorrectly and instead were estimating to try to conceive earlier rather than later in the month. Our work schedules were quite busy, making it difficult to find time for intimacy.

At six weeks, a tsunami of nausea, fatigue, and anxiety overcame me. Soon after, I was hospitalized for hyperemesis gravidarum, or severe morning sickness. Crackers, dark chocolate, and popsicles in small quantities were the only foods I was able to ingest for almost two months. After enduring severe nausea, the scare of a complication due to an umbilical hernia, and difficulty walking during the last two months, my son Benjamin arrived safely and in full health on September 19th of this year. I went into labor just after midnight on Tuesday the 19th. I went to the hospital two hours into labor just as a precaution as I noticed light bleeding started to occur. Upon arrival, there was another woman in labor in the emergency room who was seconds away from giving birth! This created even more anxiety about my labor and delivery, and nearly sent me into a panic as I was wheeled up to the labor and delivery hall. At this time I was six centimeters dilated. I knew from my first delivery to get up out of bed and walk as much as possible. I spent three hours intermittently walking up and down the recovery hallway with the nursing staff by my side at all times.

The labor and delivery nurses on duty that Tuesday morning were so kind and sincere as they helped guide me with breathing techniques and positioning. I will never forget when one nurse gently but firmly grabbed my shoulders, directed my attention to the clock and said, “By 3pm you will be celebrating because you will be holding your son in your arms.” They told me to breathe through the pain and close my eyes with each contraction.

It was now 1:15pm. I was to stay in my labor and delivery room as the midwife just came in and ruptured my water. My water ended up not breaking with my daughter’s delivery either. I was now 9cm dilated and fully effaced. The pain was so excruciating I could hardly think; I kept staring at my husband’s coffee cup and at the food tray they brought me. I did not eat a single bite an hour prior. I had one spoonful of lemon ice and it came up in less than 30 seconds.

My midwife arrived in my room at 1:45pm and was as calm as a lamb. Coffee in hand, she set it down adjacent to the sink, requested a specific size pair of rubber gloves, put on her glasses, waved the three nurses over who were nearby and said, “let’s do this.” Prior to my delivery, I did not take any sort of pain medication, did not have any special requests for the room or for my delivery, and allowed any staff members in the room, including one resident and one student who were very helpful throughout.

It took at least fifteen pushes for my son to arrive. The pain was so much at times that all I could do was scream. One nurse said to “push through the pain,” but a few times it was too much to bare, I just had to scream. I was a maniac!

I listened to the midwife as she helped to guide the process. She told me she could see his head and his dark brown hair, which signaled I had less than 3 pushes to go. A surge of pain that felt like I was being ripped open, the extreme fear of me tearing, and two monumental screams later, my son was placed in my arms. His eyes were open, his cries were loud and powerful, and I could not stop smiling. The pregnancy was finished and my son was born at 2:20pm, weighing at 7lbs 4oz and 20’’ long. Every ounce of emotion, nausea, and weight gain was well worth the arrival of my son, Benjamin, into my life. He joins his loving and proud sister, Sarah, who loves him more than words can express.

I am extraordinarily thankful to have my two children in my life and I want others who are trying to conceive and start a family to have the same emotional and amazing experience that I had with Ben’s birth. I recently discovered The Stork OTC, an FDA cleared over-the-counter medical device you can use at home during ovulation, which will help assist your chances of becoming pregnant.

The product includes an applicator and cervical cap. Benefits of cervical cap insemination include a success rate of up to 20% and it is considered to be a less invasive method of aiding in conception. It is also very cost effective.

I especially loved reading about the testimonials of customers, I was so elated from learning of their success stories, including one couple who had been trying to conceive for over a year. They conceived after their second month using The Stork! The Stork OTC can be purchased at Target and it is located in the family planning section next to ovulation test kits. It is now available for $59.99 at most retailers. In addition to being sold at Target, it is also available online at www.storkotc.com.

Be sure to join the upcoming Twitter Party on Wednesday, November 29th at 8pm EST. Participate with the hashtag #GettingPregnant & #StorkOTC 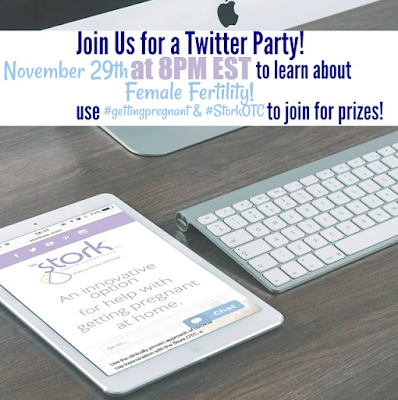 This is a sponsored conversation from Mums the Word Network and The Stork OTC. All opinions are my own.