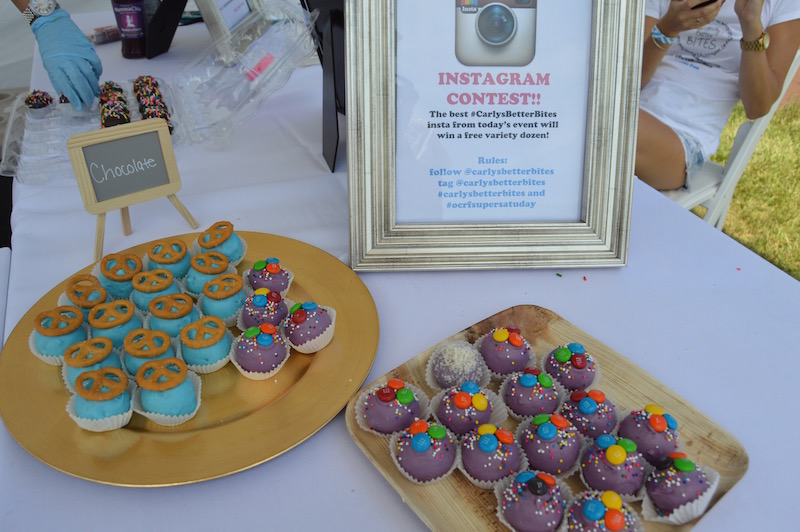 Carly Shapiro, founder of Carly’s Better Bites, found out that she was gluten intolerant at ten years old. At the time, nobody knew much about how to make and prepare a variety of gluten-free foods. “It was very hard to go out to eat at the time,” says Shapiro.

With a degree in Retail Management & Marketing from Whitman School of Business  at Syracuse University earned in 2013, Shapiro immediately began working full time at RMO Wetherly, a public relations firm, as the Fashion Account Coordinator. While working at that firm, Shapiro worked with and attended tons of press previews. At these editorial previews were many treats, including cupcakes by Baked by Melissa, that were not gluten-free. Many editors that attended could not eat the treats and therefore were missing out on these sweets that were provided for them. “I came up with ideas while I was at this job and started experimenting for a month and making cake balls. Soon after the launch [of Carly’e Better Bites], I left the PR firm and started the business in April of 2014,” says Shapiro. “It was a hard decision as I had a great job and was making a steady income.”

She took the risk, dropped it all and started her own business. As soon as she opened, people responded in such a positive way. “I received orders the minute I launched, which was reassuring.”

Since her company’s inception, she has done events at SoulCycle, InStyle, Milly, TimeOut New York, Super Saturday, and as recently as yesterday at BELLA New York Magazine’s White Party at Capri Southampton hosted by Lisa Vanderpump.

“It was a blessing that I made so many connections and kept them working at the PR company,” explains Shapiro. “To network, I reached out to friends that worked at and had companies, I googled a ton of people, used LinkedIn as a resource, I did marketing through Instagram, and gave out free samples.” Five cake flavors include: red velvet, funfetti, chocolate chip cookie dough, vanilla, chocolate, with endless amount of color coatings, and toppings. There are twelve toppings that Shapiro always uses, and toppings may change for events for logos and holidays. Shapiro’s favorite is the Oreo topping with the chocolate chip cookie dough.The toppings are from different gluten-free companies. My favorite is the funfetti cake with the M&M topping.

The cakes are extremely moist, I could easily eat (and I did) four to five in one sitting. I kept half of my half dozen package refrigerated for about five days and they still tasted just as great. The cakes were not crumbly or grainy as one may assume a gluten-free cake tastes like. Half of Shapiro’s clients are gluten-free. These are fun bite-size cakes that are perfect to give as a gift or to have at your own event. I’m thinking a bridal shower or birthday party!

You can order Carly’s Better Bites online and choose custom or variety half dozen/dozen packs. Shapiro ships her gluten-free bites nationwide. Top state sales include California, Texas, New Jersey, Connecticut, in addition to New York. For events and within Manhattan, same delivery is an option. For events, and advance notice of two weeks to as few as five days is sufficient. Shapiro is very flexible with her turnaround, depending upon the size of the event.

Be on the lookout for a potential pop up shop or food truck! I expect many exciting things from her.