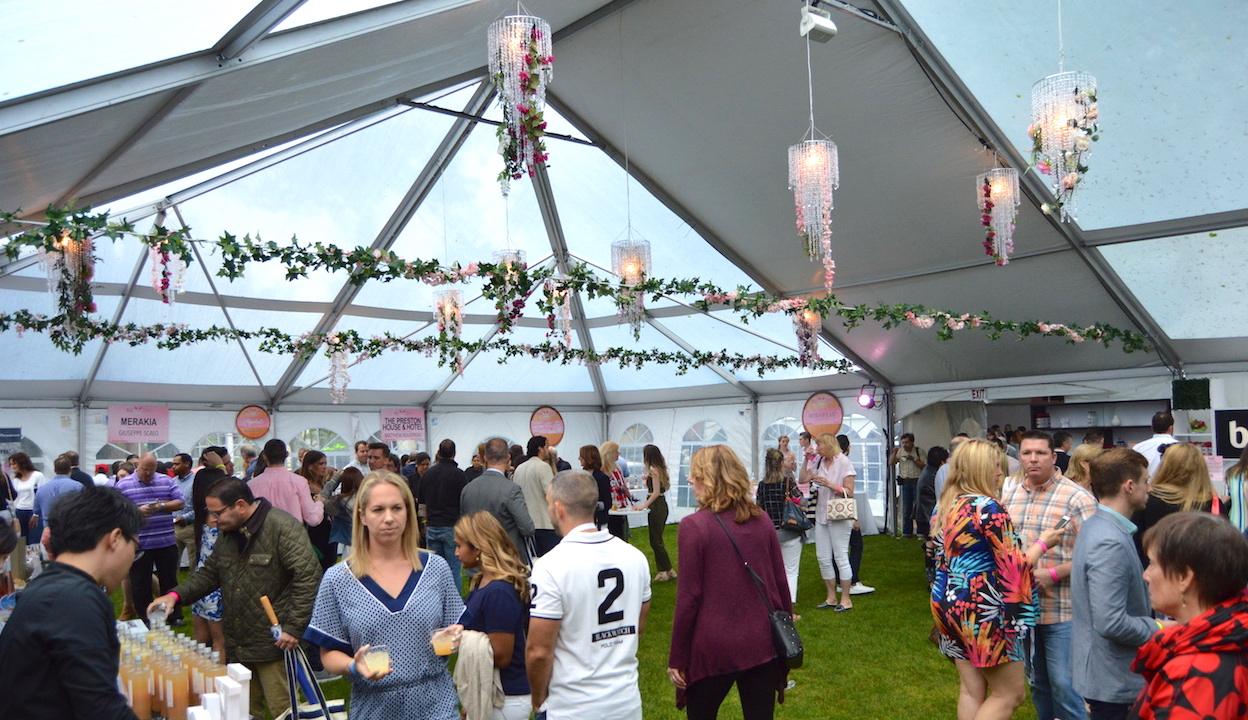 The second annual Dan’s Rosé Soirée Presented by Porsche took place at Southampton Arts Center on Sunday, May 27 from 5-8pm, with a proceeding VIP After Party from 8-10pm. This was the kick-off event to the Dan’s Taste of Summer series, which consists of a total of five food and beverage-focused events that take place from May to August of 2018.

Guests had the opportunity to mix and mingle with fellow attendees while sipping rosé from local and internationally based wineries, taking photos at one of the two photobooths, and listening to hit music and beats spun by DJ Ria Ria. Each stunning tent was decorated with Crystal chandeliers and roses. The event was easy to navigate, with one half of the event under two tents, and the other portion within the Southampton Arts Center building. In addition to generous pours of rosé, Bai Beverages provided an array of non-alcoholic beverages and water, in addition to a great selection of sake, beer, vodka, tequila, bourbon, and hard cider. On display was an American flag rose in its own box for Memorial Day. Guests had the opportunity to take a rose of their own home after the event. As I entered the VIP room for the after party, I could not resist taking a picture with the coveted USGA trophy. To note, the U.S. Open Golf Championship will take place at Shinnecock Hills June 11–17.

The VIP After Party Presented by The Palm by Whispering Angel included a lively performance by the Ronald Reagans who played our favorite 80’s hits! Learn about the next upcoming event, Chefs of North Fork that will take place on Saturday, July 7th at The Halyard at Sound View Greenport with Cocktail Hour beginning at 7pm.