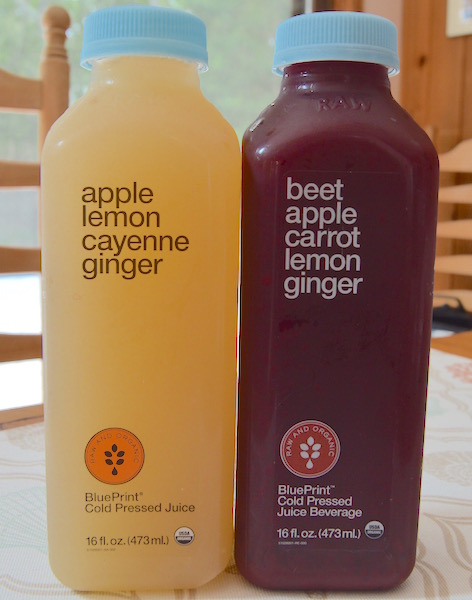 About a week ago on June 27th, I was invited to attend a special SoulCycle benefit ride at their Montauk studio. The event was hosted by BEACH Modern Luxury, and Yves Saint Laurent Fragrances. The ride was led by Master Instructor Stacey Griffith and benefited Oceana. After our upbeat workout, there was a large, rustic-style tin bucket that held three flavors of BluePrint Cleanse cold-pressed juices.

I had the opportunity to try Beet Apple Carrot, and Spicy Apple. Also available was Coffee Cashew but the supply of that juice blend was limited post event. This was my first time trying BluePrint, though I have heard of the company for at least three years.

I am really beginning to adore the beet, apple, and carrot combination more and more. As you may have read in some of my previous posts, I have grown more fond of beets and beet juice and try to incorporate them into my diet on a regular basis. I now love the earthy, soothing taste. The Spicy Apple was surprisingly very pleasant. I thought I was going to taste a burst of spicy cayenne pepper but found that ingredient to be quite mellow. The apple was very refreshing and you do get that little kick on your palate after about your second and third sip.

BluePrint is sold at Whole Foods, Citarella, and Mrs. Green’s Natural Market. The juices are also available for purchase online. They do offer a six juice a day cleansing program.

Keeping In Touch With …