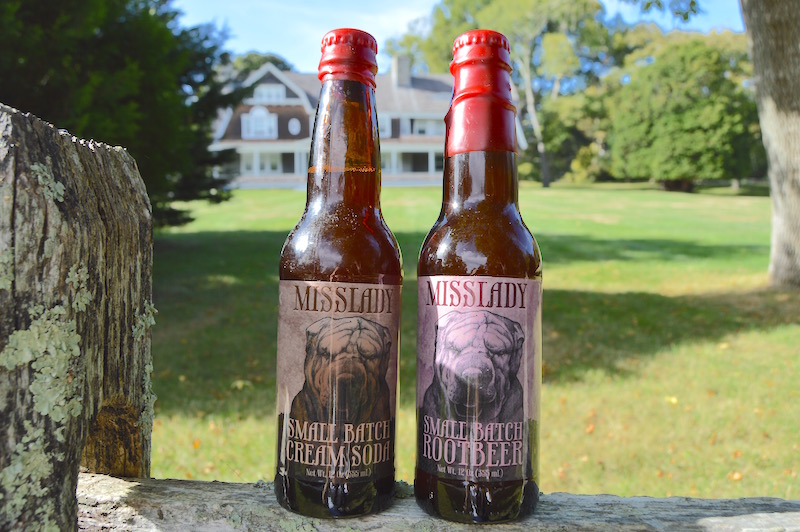 I first discovered Miss Lady Root Beer by chance on Instagram. What caught my eye were the nostalgic bottles the root beer is bottled in and the adorable puppy found on the label. I immediately became intrigued. It was soon after that I became in touch with the founder, Theo Foscolo. The creation of Miss Lady Root Beer began about three years ago when Theo was a manager for Rowdy Hall. At the time, the restaurant wanted to create a Root Beer Float for dessert, and Foscolo was just the person who knew how to create homemade root beer with his experience of brewing beer at home. “[The] process is very similar to brewing beer. If you have everything to brew beer, you can make root beer,” explained Foscolo. “I already had all the equipment and really got into it. A couple of days went by and the I got the ingredients down. Then, I got the license to make and produce it, and soon after, I worked on the labeling. I did a lot of online research, read a lot of books, experimented with different roots and different flavor components, and came up with a flavor I liked and it stuck.” The creation Miss Lady Root Beer was swift and successful.

Miss Lady Small Batch is an all-natural producer of Root Beer and Cream Soda that has been bottling since 2012. Since its inception, Missy Lady Root Beer has been sold at farmers markets and events across the Hamptons and in New York City. The root beer and cream soda is crafted with all natural ingredients and sealed with handsome packaging in 12 oz bottles. Local fruits in season are made to create these delicious farm-to-bottle carbonated beverages.

Many root beers have ten to twelve different ingredients. Miss Lady Root Beer only has three main ingredients: Sarsaparilla, licorice root, and anise, in addition to honey as a sweetener. The root beer has a really unique flavor. It is has a lovely undertone of honey and molasses, with hints of spice. Foscolo loves the cream soda which is not too sweet and unlike any you have ever tried. The cream soda cream soda is reminiscent to what traditional cream soda tastes like. Foscolo uses cinnamon and orange zest as ingredients and the beverage has a nice subtle orange flavor. The root beer and cream soda would be a perfect addition to any backyard BBQ or intimate indoor gathering.