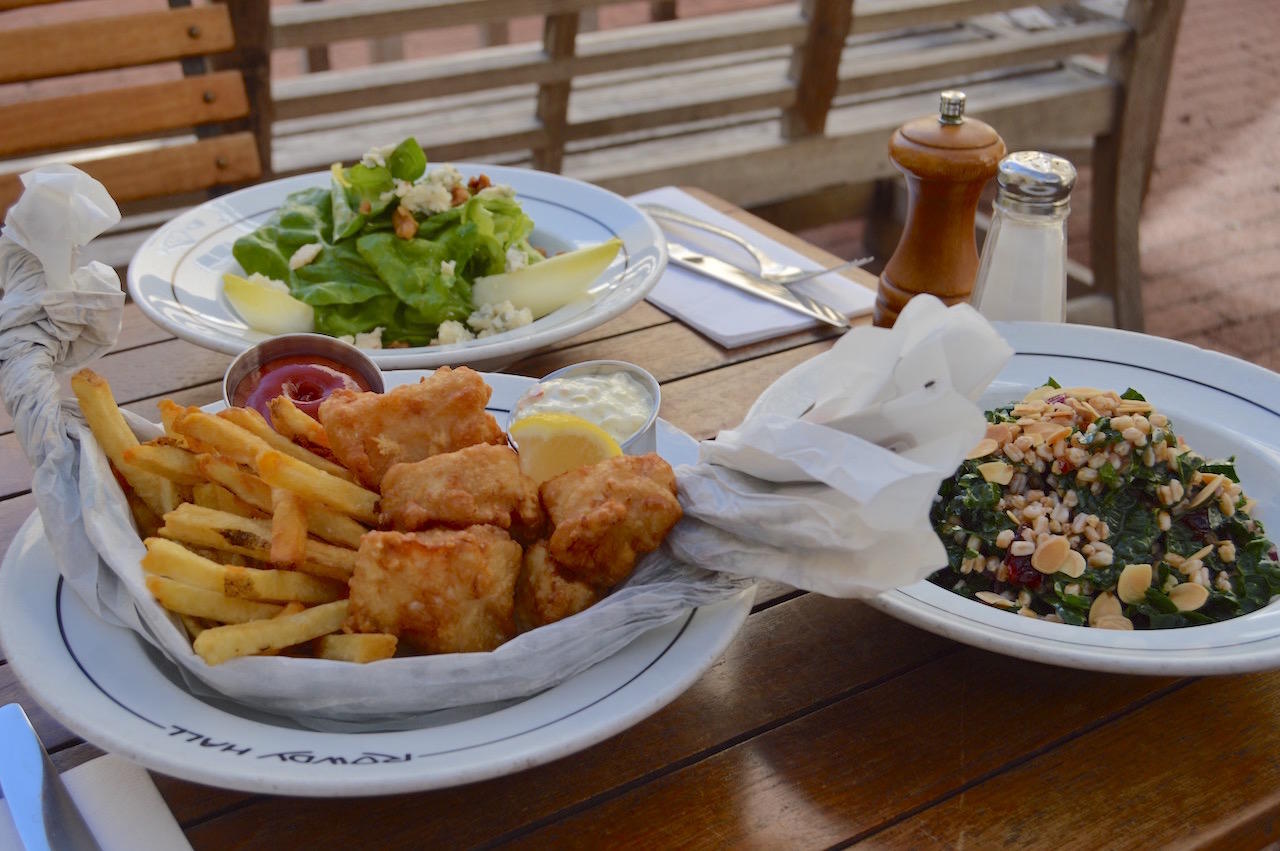 The Hamptons International Film Festival is one of the most anticipated event of the year, and I cannot think of a better happening to pair with great food and conversation. While working about an appetite during each film screening, head over to any and all of the for restaurants I have curated that will be serving up some serious grub from a perfectly plated ahi tuna salad to a swoon-worthy charcuterie and cheese board. Little Red is an adorable, friendly French bistro that is less than a three minute walk from the Southampton theater, adjacent to Agawam Park. Their versatile menu extends from the afternoon into the late evening with an “in-between” menu from 3-5pm Friday-Sunday as well as dinner served from 5:30-10pm Sunday-Thursday and until 11pm Friday and Saturday. Favorite dishes served on both menus are the Butcher’s Board with truffled mouse, brie, sopressata, sliced smoked duck breast, grapes, and quince paste; the Bistro Burger with hand cut pommes frites; Crispy Rock Shrimp with scallion cilantro; and grilled Chicken Paillard. Each dish makes for a great pre or post movie bite! First come first serve. The new home of the much-loved microbrewery, the Southampton Publick House, is also a mere couple minutes walk from the theater as well as numerous village landmarks. Serving up classic bar fare with a touch of low-key Hamptons chic paired with house-made brews, standouts include the seared Ahi Tuna Salad, Pan Seared Salmon over sautéed bok choy, and their hearty Steak & Gorgonzola salad with tomatoes, frizzled onions and gorgonzola atop seasonal greens. Southampton Publick House also does catering! Everyone should begin their evening at Nick and Toni’s this weekend. A top, new dish on the menu is their House-Made Cavatelli with lamb ragu, golden raisins, and pine nuts. Another dish I would run back to enjoy is their Berkshire Pork Chop: Cavolo Nero, Halsey Farms Apple Mostarda, a true hit! Nick and Toni’s dinner service begins 6pm nightly. Make reservations at least one to two days in advance.

Rowdy Hall will be the center attraction at this year’s festival. Located steps away from the East Hampton theater and open straight thru from lunch to dinner, Rowdy Hall is offering a special “shorts” menu that features quick bites to enjoy between films. Personal favorites from their lunch and dinner menu include: the Fish and Chips: Cod Fillet in Guinness Stout Batter, and their Roquefort-walnut salad with toasted walnuts. As they do each year, the restaurant will be hosting complimentary and intimate “Rowdy Talks” each morning of the festival.