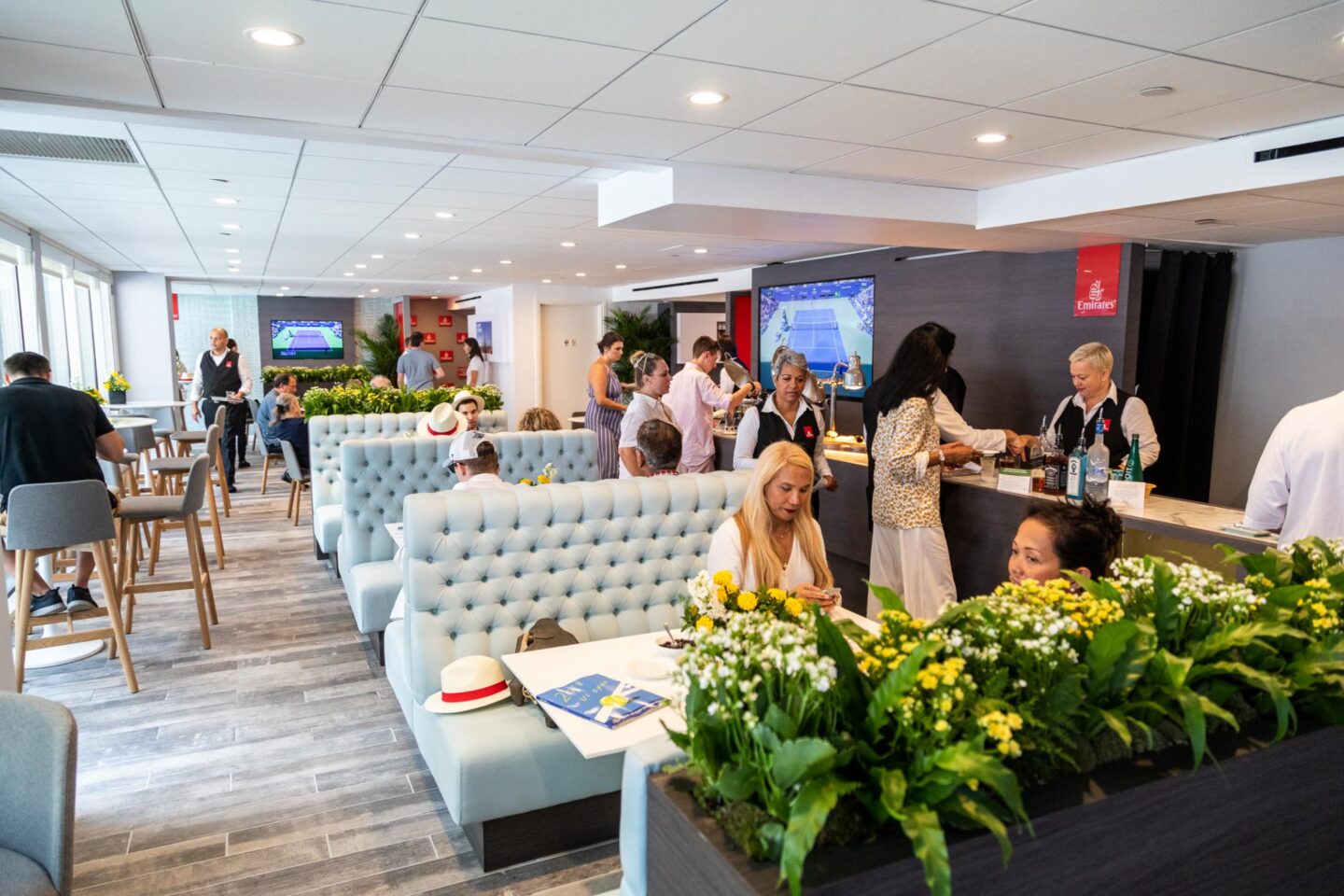 On Sunday, September 1st, we attended the Men’s & Women’s Round of 16 Day Session at the Billie Jean King National Tennis Center at the US Open in Flushing Meadows. During the two daytime matches, I was hosted at the exclusive VIP Emirates Suite at the Arthur Ashe Stadium, which offers premier views of the courts as well the utmost level of privacy and exclusivity. The air-conditioned Suite boasts the same highly sought after hospitality and luxurious detail as one would receive on a Business or First Class flight on Emirates Airline.

The Suite was at capacity that weekend, as two coveted matches were being played that afternoon: Roger Federer v David Goffin, and Serena Williams v Petra Martic. Everyone was at the edge of their seats while the matches were played; you could feel the waves of enthusiasm throughout the suite, especially when it was a close tie between Williams and Martic.

The week prior, my family and I attended Arthur Ashe Kids Day, and were invited to spend the afternoon at the Emirates Suite, which hosted a variety of activities and delicious treats including a create-your-own sundae station.

Guests of the invite-only suite are offered cold towels, sunscreen, and the signature red Emirates baseball caps to combat sun’s rays. During the afternoon, a full buffet spread was served at 12pm, when the Suite opened. The buffet included salad, fresh fruit, pasta salad, crab cakes, steak, chicken, and a full sushi and sashimi bar. The Emirates Suite is also the only space to have a private sushi chef throughout the entire US Open.

Drinks include soft drinks, coffee, tea, beer, wine, champagne, and a selection of top shelf liquors. For dessert, macarons, a carrot cake, miniature pies, fruit tarts, brownies, and cookies were served. One of my favorite conveniences of the Emirates Suite is that you are able to discreetly step away from your stadium suite and retreat for a beverage refill or some snacks.

If you prefer to stay inside and watch the matches, there are high top tables and booths, as well as two flat screen televisions for your viewing convenience.

Watching the US Open from the Emirates Suite is a one-of-a-kind experience. Lucky fans from the stadium were gifted with an upgrade to the suite, which the Emirates Airline team has done for ticket holders in previous years. Emirates also hosts a variety of giveaways and fan experiences throughout the grand slam event, including airline tickets to Dubai.

Emirates is the official airline of the US Open. Emirates Airline is among the top sponsors of the US Open, alongside J.P. Morgan Chase, and American Express.

Emirates Suite at the …

Lose Weight With These …