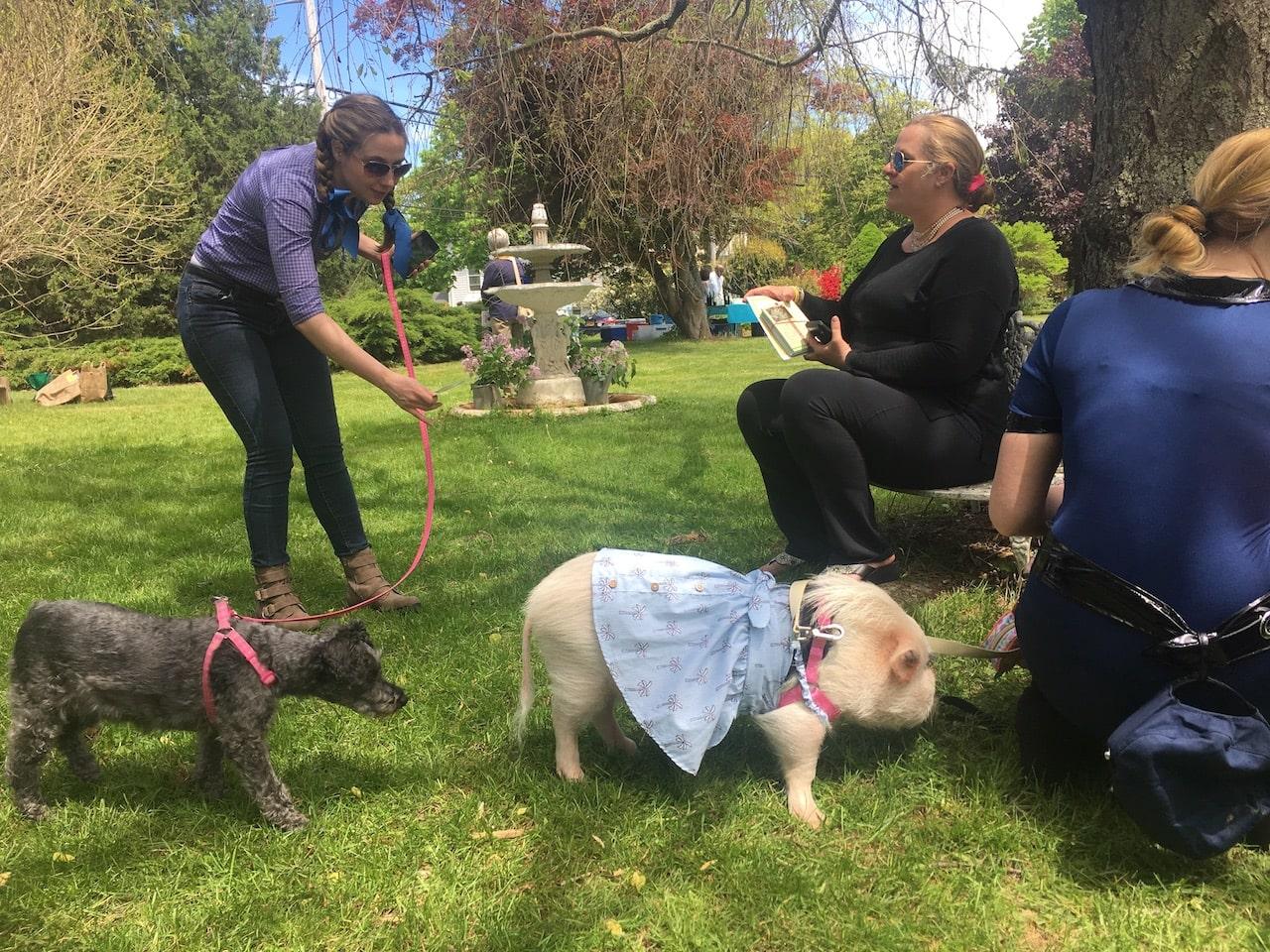 The sunny season began in style thanks to The North Fork Animal Welfare League which hosted its First Annual Furry Fashion Show on Saturday May 18th in Cutchogue.

Held at the private estate of NFAWL Steering Committee member Jessica Lee, the event gathered residents and animal companions for an afternoon of mingling, dining, playing, and fundraising. Several local businesses—including fellow non-profit The Old Town Arts & Crafts Guild—donated items for a Chinese Auction to add to the proceeds benefitting the Riverhead and Southold animal shelters. A fifty-fifty raffle allowed guests to donate generously to the NFAWL as well. Of course the main event of the afternoon was the fashion show itself where owners and pets in costume paraded down the catwalk to music for the entertainment of all. The show featured over two dozen animals and their handlers with fashion themes ranging from Ghost Busters to super heroes to sports teams. Along with all the unforgettable dogs and cats a few unique participants made their way to the stage including a donkey, a pony, a rabbit, and even a pig. Several of the participants were available for adoption including dogs Shay, Thelma, Louise, and Chewbacca.

Four-legged guests socialized freely with viewers and with each other before, during, and after the show, and the adoptable pets were available for visits from potential new adopters. More information about available pets in need of homes can be found on the NFAWL web site or by visiting the Riverhead and Southold shelter locations. NFAWL Executive Director Gillian Wood Pultz was on site working with people as well as pets to ensure the event’s success. She said the idea for the Furry Fashion Show came from Steering Committee member Connie Farr, who used to assist another organization with a similar event. The efforts of shelter volunteers as well as donations of time and resources from local businesses eventually led to the Furry Fashion Show becoming a reality.

As the afternoon came to a close, the event’s success was certainly clear, not just from the number of guests who participated but from the many happy interactions between pets and people that took place throughout the spacious outdoor venue. Hopefully NFAWL’s First Annual Furry Fashion Show will be the first of many. An Interview with Skyn …

Emirates Suite at the …

Cheers to the Season …

Lose Weight With These …