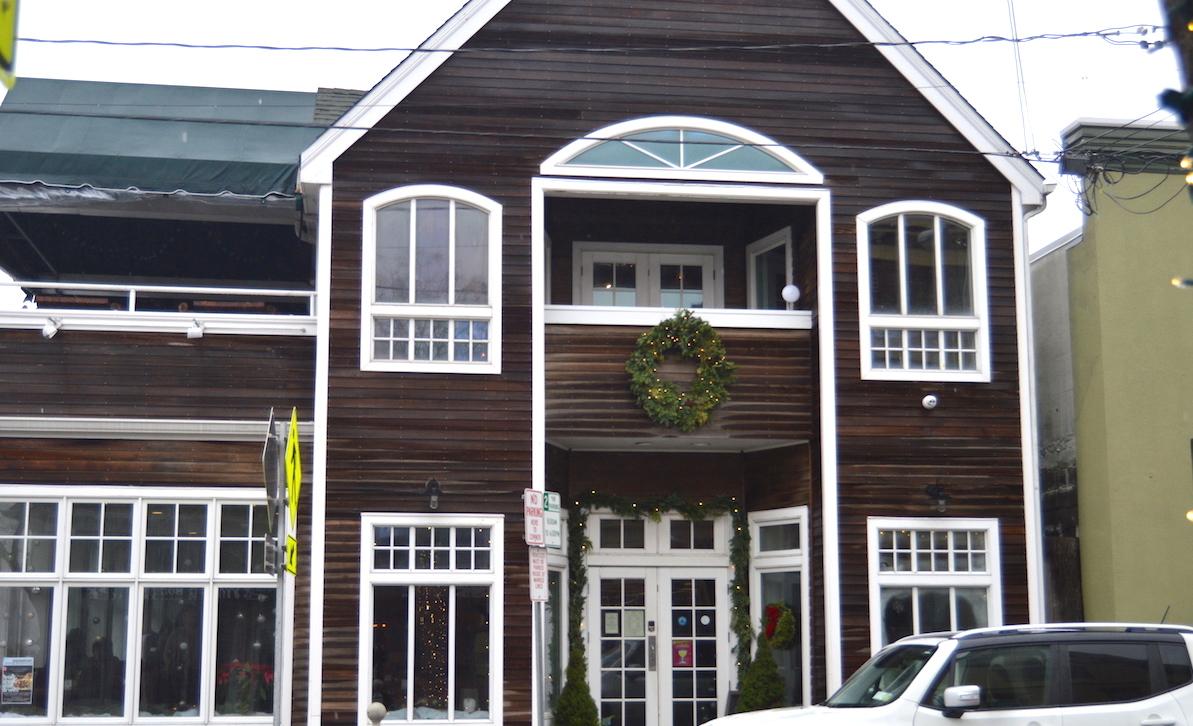 Green Hill Kitchen, a new contemporary American restaurant in Greenport Village, will undoubtedly become one of your favorite restaurants on the North Fork. At the helm of the kitchen is Wolfgang Ban, a Michelin-starred chef originally from Austria. On the menu, discover delicious, comforting winter dishes with European influences crafted with local ingredients. To start for our brunch visit last Sunday, we had the French Toast: plum compote, syrup, whipped cream ($11); and Pancakes: maple syrup, whipped butter ($10). From their entrée menu, we had the Emperors Goulash with spätzle ($18). A children’s menu is also available. We were also treated to specials for the Shellabration weekend including a Peconic Bay scallop chowder.

These are the dishes that you come back to again and again. The French Toast was a favorite all around the table. Their is no other way to have French Toast than with thick challah bread, and the plum compote was a nice pairing reminiscent of the season. The Emperors Goulash is a dish I cannot stop thinking about, I would order it again in a second, and it was the perfect comfort dish for a chilly, rainy day such as it was.

Local businesses where produce, seafood, and meat are sourced include but are not limited to Braun Seafood Co., Aldo’s Coffee, and Sang Lee Farm. Also, visit the Industry Standard just across the street, which is also under the same ownership as Green Hill Kitchen.