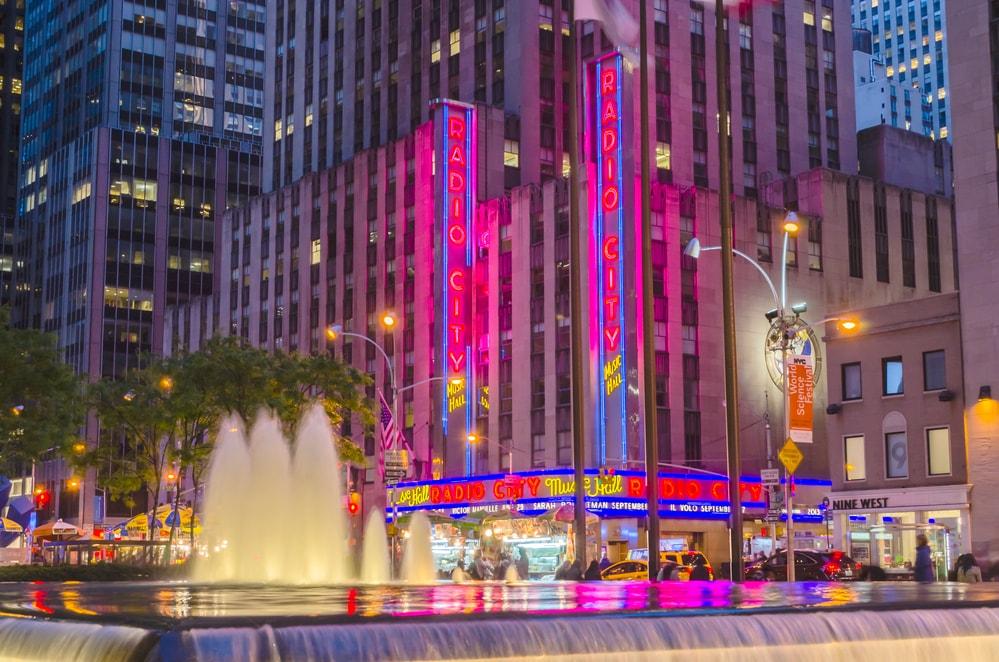 It’s never too early to get into the holiday spirit, and with so many festive events to choose from in the New York City and Long Island area this season, there’s no excuse not to. From ongoing winter markets and festivals to upcoming stage shows, there is no shortage of ways to stay merry all season long. Beginning as early as October 27, you can start finding gifts for those hard-to-shop-for loved ones, or treat yourself to some holiday cheer of your own at one of the many holiday villages and pop-up festivals throughout the region. Browse booths from over 100 different vendors at two Manhattan markets set up in Bryant Park and Union Square, or visit the Art League of Long Island’s 55th Annual Holiday Fine Art & Craft Fair, a juried fair featuring only the best handcrafted creations from local artists.

For more winter fun, be sure to checkout the Charles Dickens “A Christmas Carol”-themed Winter Family Fair at the Morgan Library and Museum in Murray Hill, or the Kwanzaa 2018 celebration at the Museum of Natural History featuring family-friendly activities, exciting performances, and an international marketplace. The Brooklyn Museum will be kicking off its first Winterfest, turning the grounds of the museum into a holiday metropolis for six weeks with wine tastings and a beer garden, an enchanted tree maze, and a giant snow globe.

In addition to classic holiday entertainment like the Rockettes Christmas Spectacular at Radio City Music Hall and the New York City Ballet’s “The Nutcracker” at Lincoln Center, you can catch several seasonal shows and concerts around the city. Starting in Madison Square Park, various musical groups partnered with Make Music New York will be playing live music throughout the city for the organization’s Winter Solstice Procession, an interactive caroling event. In Brooklyn, both NJPAC and the Mark Morris Dance Group will be putting their own spin on Tchaikovsky’s iconic ballet with performances of “The Hip Hop Nutcracker,” a modern urban version of “The Nutcracker” set in Washington Heights, and “The Hard Nut,” based on the comic book art of Charles Burns and featuring Tchaikovsky’s complete original score.

Once you’ve finished swooning over the larger than life window displays at the new F.A.O. Schwartz and Macy’s Santaland in Herald Square, make your way to one of the many other winter wonderlands stationed around NYC’s burrows. Celebrating its 27th anniversary this year, the New York Botanical Garden Holiday Train Show features 25 model trains circling approximately 150 meticulously crafted New York City landmarks made out of acorns, twigs, berries and leaves. A similarly spectacular (and miniature) scene can be glimpsed at the New York Hall of Science in Queens during their Gingerbread Lane event, an annual celebration of all things gingerbread that has found itself featured in the Guinness Book of World Records.

Make your holidays merry and bright by stopping to admire one of the many uniquely extravagant light displays on view in the region. At the Snug Harbor Cultural Center & Botanical Garden’s Winter Lantern Festival, you will find seven acres aglow with 40 LED lantern installations stretching up to 30 feet tall. The festival also features a variety of holiday vendors and live performances of traditional Chinese dances and art. Riverhead will be hosting its first ever drive-through Holiday Light Show beginning in mid-November and continuing through the end of December. Skip the crowds at the Rockefeller Center Tree Lighting in Midtown and stop by one of these other equally festive ceremonial lighting events. For an evening of lively performances by legendary performers and seasonal activities culminating in the traditional lighting of Lincoln Square’s Upper West Side tree, checkout Winter’s Eve at Lincoln Square. On November 29 and December 3, you can attend two events held at Central Park for twice the holiday fun. A flotilla of trees will float regally across the Harlem Meer as guests enjoy a meet-and-greet with Santa, ice carving, caroling and hot chocolate galore at the Central Park Holiday Lighting. At the Wollman Rink, just south of the Harlem Meer, you can enjoy Chanukah on Ice, an event jam packed with live music, kosher food, and a giant, hand-carved ice menorah.