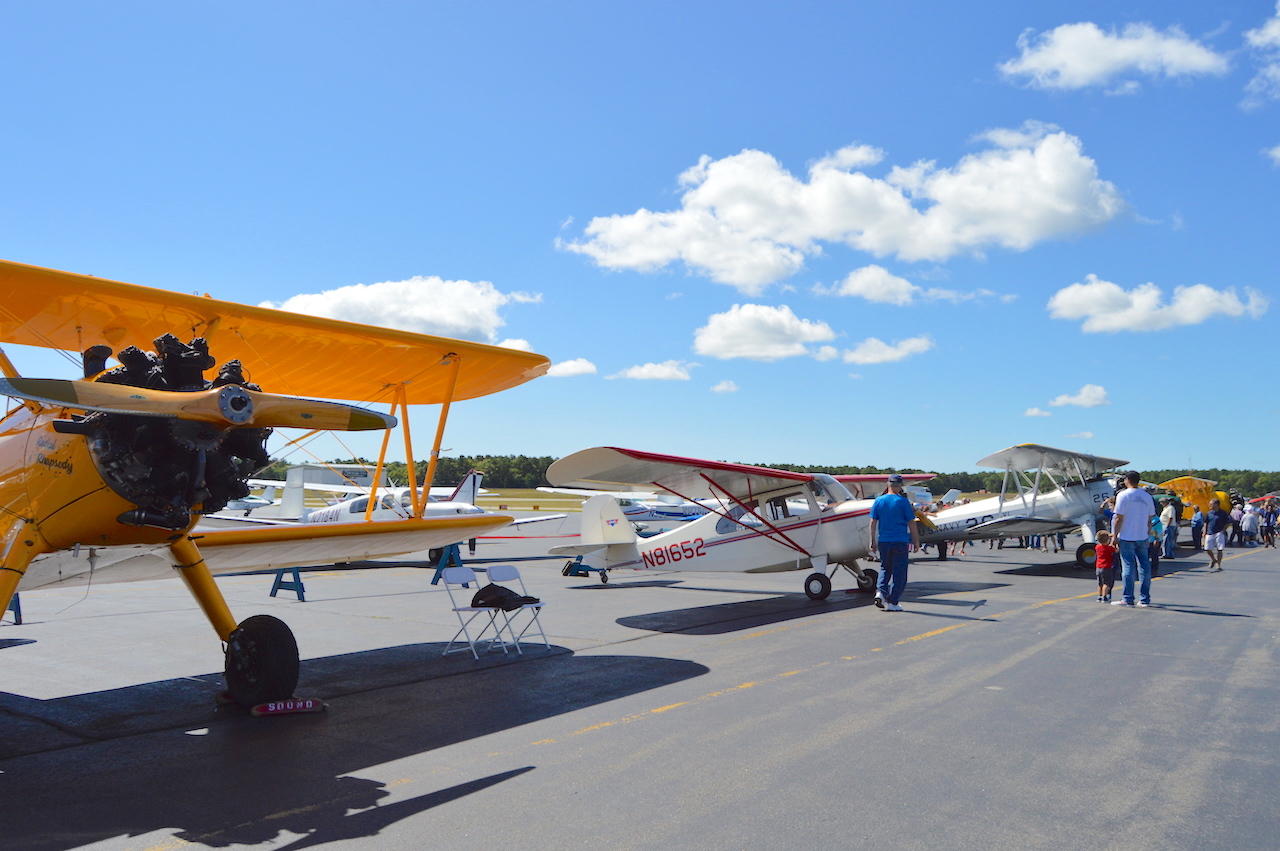 On Saturday, September 9 from 10am-3pm, the East Hampton Aviation Association hosted a “Just Plane Fun Day” at the East Hampton Airport in Wainscott. This family friendly event was well attended and attracted aviation enthusiasts, animal lovers, and families of all ages who enjoyed a beautiful, sunny day while exploring notable aircraft that span from across decades. Upon entry, there was a suggested $5 donation to the Aviation Association per family as well as raffle tickets sold. Raffle entrants had the opportunity to win aviation-related prizes, including local sightseeing flights offered by several of our local pilots.

The day featured classic and unique aircraft, vintage warbirds, military flybys and demos as well as food from gourmet food trucks including: Noah’s on the Road, Fry Daddy, and Blondies Bake Shop. A concurrent vintage car show was also held which included models from the 1920’s through the 1990’s. Gimme Shelter Animal Rescue was also at the airport with adorable, playful puppies up for adoption. It was so much fun to be able to see the aircraft up close! We took our photos in front of several aircraft models and had the opportunity to meet the owner of a select few. We even saw one aircraft up for sale. We also had the opportunity to peek inside hangers, some of which were very dressed up and furnished. It was quite an impressive sight!  From the food trucks, we had a Philly Cheesecake from Fry Daddy, Blue Crab Cake Sliders from Noah’s on the Road, and a Chocolate Brownie and Lemonade from Blondie’s Bakeshop.