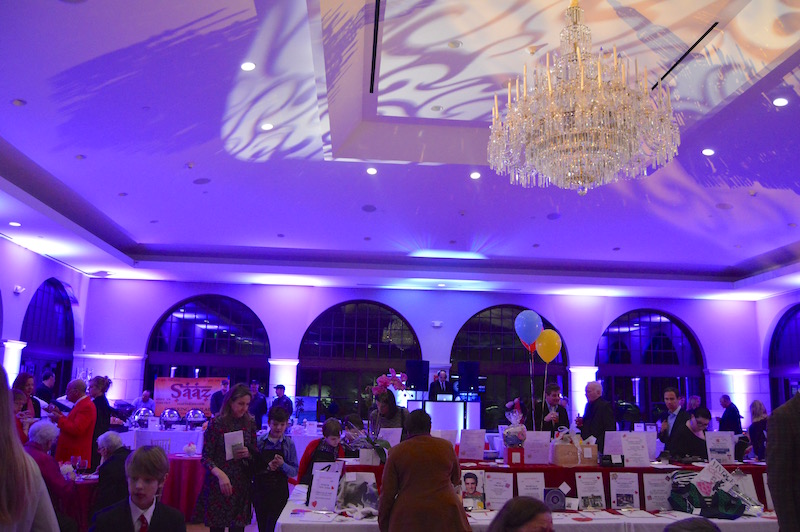 This year’s event was held at The Muses Southampton from 6:30-10pm. Loves Bites benefited Katy’s Courage and The Scarlett Fund. It was lovely to see children in attendance, who all seemed to really be taking in the festivities. The DJ entertainment provided by East End Entertainment was engaging and upbeat throughout the three and a half hour event.

Small plates included Tuna Tartare Taco with Avocado Mousse and Micro Cilantro by Honest Restaurants and Catering, Chicken Greek Salad Skewers by Old Stove Pub, Famous Deviled Eggs and North Fork Tacos by Cowfish, Hamptons Seafood Chowder and Peanut Butter & Jelly Cookies by The Golden Pear, Flourless Chocolate Cake with Raspberries and Whipped Cream by Sag Harbor Baking Company, and Greek specialties including Moussaka, Tiropitakia, Spanakopitakia, and Baklava. My top three tastings at the event were the flourless chocolate cake by Sag Harbor Baking Company, the pulled pork sliders by Smoking’ Wolf, and vanilla cake pops by Dina’s Delights. I was the first one to try a cake pop, I couldn’t resist. It’s like being a kid all over again; you get younger and younger with each sweet bite. I was extremely impressed with the generous donations for the silent auction, which included a SoulCycle class pack in Bridgehampton, a Calypso shopping experience, tickets to the Brooklyn Nets, an East End Dining Passport, a Dining in the Harbor gift card book, an Elie Tahari gift certificate, an organic food basket, wine and liquor gift baskets, and so much more! I bid on two gifts, including the dining passport.

Ticket prices started at $125 and sponsorships began at $1,000 per person. The Scarlett Fund has another terrific event coming up on March 12th called Cycle for Survival at Equinox in Manhattan.