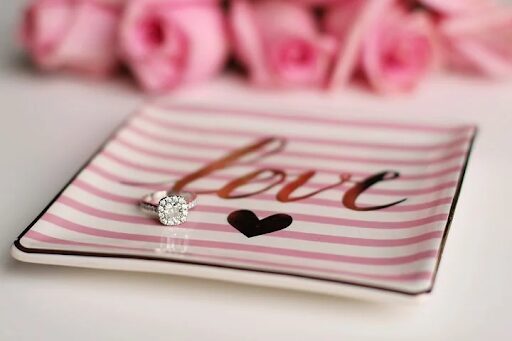 If you’re thinking about proposing to your partner, you definitely want it to be special. This means that you should make sure that you are avoiding some of the more common possibilities. There are quite a few of these that will make your proposal plain and boring. Let’s explore the typical possibilities.

Hidden In Food Or Drink

Your first step when planning a proposal should always be choosing the perfect engagement ring from a seller like Whiteflash. However, a step that a lot of people take once they’ve found the ring is figuring out where to hide it. We’re not sure where this idea came from but it’s certainly popular. From hiding it in a champagne glass to putting it in a chocolate cake, there’s a plethora of weird and wonderful ideas. One of the reasons you should avoid this is that it can go catastrophically wrong. They might swallow the ring or choke on it which could be a bad omen. It’s also cheesy and has appeared in countless films and TV shows.

A clever trick a lot of guys use is to propose on the same day as a special occasion. Some of the classic options are V Day, your partner’s birthday or Christmas Day. Sadly, ladies are well aware of this trick and they definitely don’t appreciate it. The idea is so popular that if you go to a restaurant on Valentine’s Day, you’re guaranteed to see at least one proposal happen in front of your eyes. She might say yes, but it still feels lazy and uninspired. Instead of using a special day, you should be making the effort to pick a typical day and make it special with the perfect engagement plan. There’s also the issue that if anything goes wrong, you will have ruined your special occasion for at least a few years. It’s hard to love Christmas when the love of your life rejected you when you proposed one year after the presents were opened.

Lots of girls love Disney World and that might be why thousands of people propose in the theme park every year. It’s actually one of the most popular destinations to propose in the world and yes it can be magical to get down on one knee in front of the castle as the fireworks go off in the background. However, you will have to deal with the crowds and the fact that they probably won’t be able to hear a word you say. This idea should only be used if you know your partner is a complete Disney fanatic.

Finally, ocean proposals have become incredibly popular in recent years but they are also a massive mistake. The problem here is that it’s just not practical, particularly if you’re spending thousands on the engagement ring. The ocean isn’t going to bow to your plans and there’s no guarantee that a wave won’t come and knock the ring out of your hands. If that happens a treasured investment could be lost forever unless you’re a rather great scuba diver.