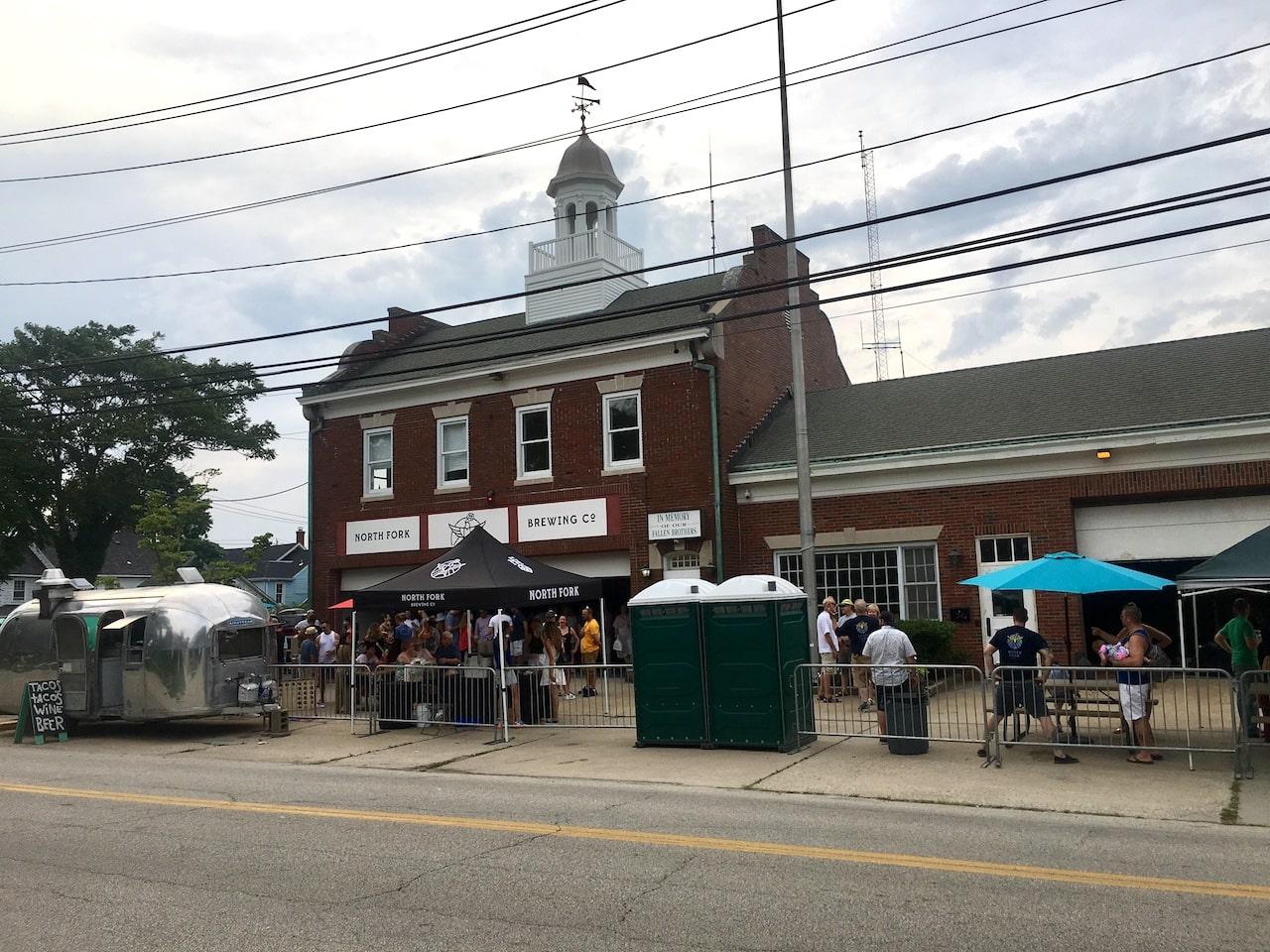 A cornerstone of the East End’s charm is how much local businesses are valued and encouraged to thrive. Keeping with that tradition, North Fork Brewing Company proudly celebrated its one-year anniversary on June 29th with a day-long party at their location in the heart of downtown Riverhead. The event featured live music, specialty brews, and a variety of food courtesy of the brewery as well as food trucks on site. Despite the heat of the day, drinkers and diners flocked to North Fork Brewing Co. housed in the former Riverhead Fire Department Headquarters. Thanks to the unique set-up of the building, guests were able to wander freely from the interior tasting room to the large driveway housing food vendors, picnic tables, and plenty of space for dancing. The event was family-friendly and welcomed children to play games and enjoy the music in the outdoor area along with their parents.

Over a dozen beers were on tap featuring a variety of local ingredients and influences. Gaffer’s Hearth—a stout with a rich flavor—is brewed with North Fork Roasting Co. coffee. Bucket Rides is an American Wild Ale that incorporates locally-cultured blackberry yeast and has a fruity scent and finish perfect for summer. And the light and crisp pilsner Hold Me Closer Tiny Lager is brewed with hops grown on the brewery’s own farm in Peconic. Guests were able to spend the day taking in the diverse menu of drinks North Fork Brewing Co. has to offer.

For lunch, dinner, or a snack between drinks the Mattitaco food truck offered a variety of fresh tacos and appetizers. Their Bacon-Lobster Taco came stuffed with North Fork lobster salad and smoked bacon. And their IPA Gouda Bites served with beer mustard were an excellent compliment to the beers on tap. The Long Island-based Eat Me, Drink Me food truck was on site as well serving up gourmet burgers made with grass-fed beef. The afternoon’s live music was performed by several members of Long Island’s jam band Funkin’ A playing as Dr. Groove. The eclectic mix of guitar, saxophone, drums, and keyboard accompanied by smooth vocals added to the upbeat atmosphere of the anniversary party. Two North Fork Brewery Co. employees, Michelle DeMetillo and Amanda Sardzinski, even joined the band for a song to a round of applause.

North Fork Brewing Co.’s welcoming and relaxed affair felt like a party not just for the business but for its patrons as well. The cozy venue provided an ample but not overwhelming space for guests to socialize and enjoy the summer evening while supporting the brewery. Here’s to the prosperity of another local business on the East End—may North Fork Brewing Co. have many successful years (and brews) to come!