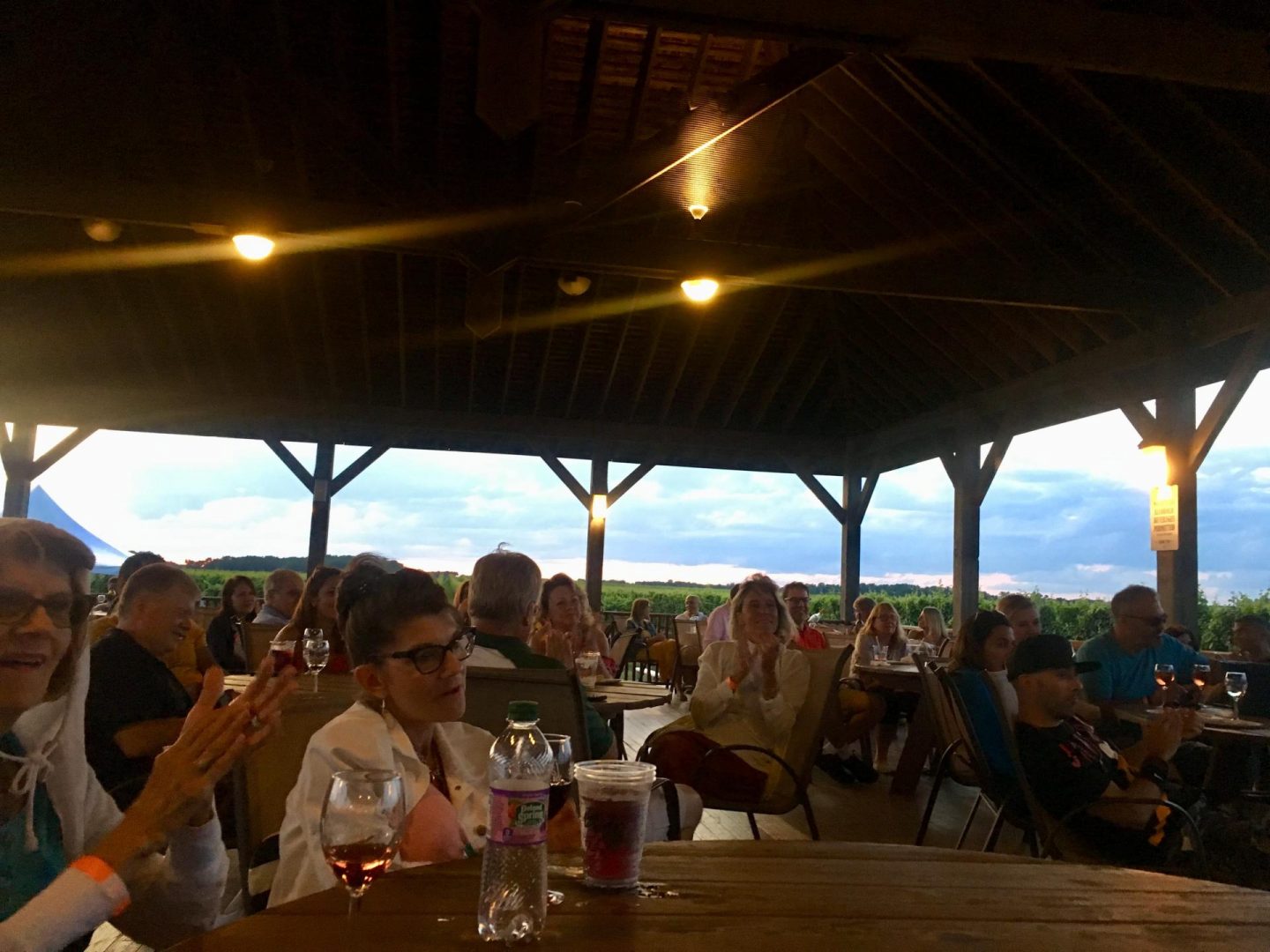 The weekend started with smiles on Friday August 9th for attendees of Pindar Vineyards’ Comedy Night. Set in an open-air pavilion overlooking the vineyard’s lush landscape, Comedy Night allowed guests to relax for a humorous evening while enjoying some signature Long Island wine.

Featured comedians were Dennis Rooney and Meghan Hanley. Headlining the night was performer Richie Byrne best known for his work as the warm-up comedian on the acclaimed “Dr. Oz Show” and his musical variety series “The Richie Byrne Show” hosted at the Gotham Comedy Club in New York City. Comedy Night was opened by Rooney, a stand-up comic and podcast host from Brooklyn with several years of experience. His act incorporated smart observations about the crowd as well as jokes on topics ranging from the economy to New Yorkers to his own life and career. Rooney’s laugh-at-yourself attitude quickly garnered applause and grins.

Hanley came on stage next to continue Comedy Night. According to her web site, she is “a National Touring stand-up comic, writer and baseball blogger” who has appeared on several televised comedy specials and in multiple comedy festivals. Hanley entertained with amusing material about wine-drinking, online dating, family issues, and personal experiences. Her energy and frank remarks continued to draw laughs as sunset progressed toward night and the wine continued to flow.

Byrne took over for Comedy Night’s grand finale and swiftly sent the crowd into raucous applause and chuckles thanks to his over twenty years of performing experience. He jumped easily from topic to topic, leading his act in fresh and funny directions with his wit and candor. Byrne reflected on the humor in his childhood and career, and he made creative use of
audience participation to keep the show going into the night for everyone’s continued amusement.

All three Comedy Night performers did an admirable job entertaining guests and putting on a hilarious show that gave viewers one more reason to smile this summer. Pindar Vineyards will continue to host special events through the remainder of the summer and to have indoor and outdoor space available for patrons to use.

My Flight with JetBlue …

How to Prepare Your …

An Interview with North …

Leap into Autumn with …

Behind the Scenes at …