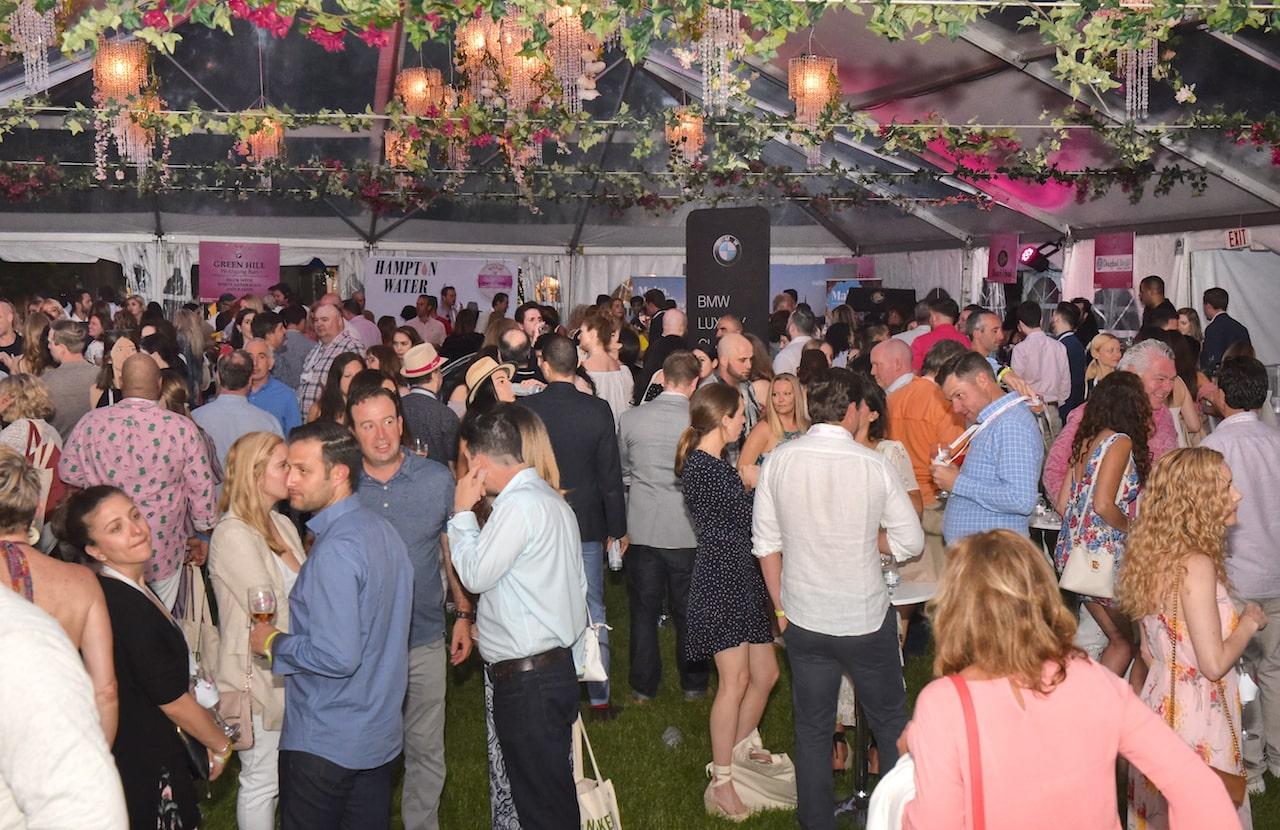 Celebrating its 60th year, Dan’s Papers officially kicked off summer in the Hamptons at the first of its Taste of Summer series: Dan’s Rosé Soirée presented by BMW. The event took place on Sunday, May 26th at Southampton Arts Center, under two exquisite tents decorated with Crystal chandeliers and roses.  The beautiful weather was perfect for the unofficial start of the season! More than 800 guests came to enjoy the libations and culinary offerings from some of the best chefs of the Hamptons, North Fork, across Long Island and New York City, while they sipped local and international rosé wines and craft cocktails, listened to music by DJ Ria, mingled and strolled the beautiful galleries of Southampton Arts Center.

My favorites included Inspiration Rosé, the newest rosé from Provence. Straight from the iconic Chateau de Berne estate in the South of France in an impressive square bottle, it’s the perfect pairing for any dinner — beautifully textured with flavors of strawberry, Provencal lavender and picked basil. Pumphouse Premier Wines from the North Fork and California also did not disappoint. Its affordable Rosé available in bottles and kegs is the perfect summer wine. The celebration continued at the official Rosé After Dark VIP After Party with live music by The Ronald Reagans. Food was provided by North Fork Chocolate Company and Shock Ice Cream.

Dan’s Taste of Summer presented by Out East officially returned and will offer incredible culinary events including Dan’s Chefs of the North Fork, Dan’s GrillHampton, Dan’s Taste of Two Forks, and Dan’s Corona MonTaco. New to the event lineup is Dan’s Chefs of the Hamptons, with premier South Fork chefs to prepare a special dinner supporting East Hampton’s Guild Hall, and Dan’s 60 Summers Gala, celebrating the 60th summer of Dan’s Papers and the release of the book 60 Summers: Celebrating Six Iconic Decades on the East End.