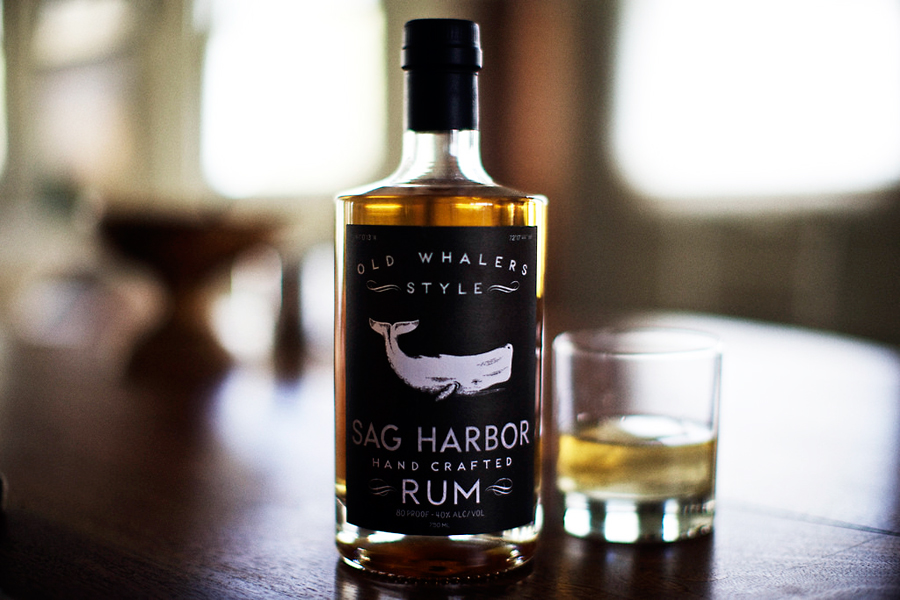 Sag Harbor Rum, the Village’s first namesake spirit, is a new rum company that was founded in 2014 by friends Jason Cyril Laan and Michael McQuade. The rum is handcrafted on the eastern end of Long Island and aged in old bourbon barrels lightly infused with a blend of spices, fruits and other natural flavors. This unique combination is inspired by the practice of old whaling ships storing the rum in barrels that had previously been used for coffee, exotic spices and fruit.

Below is an exclusive interview with co-founder, Laan, who discusses his background, rum cocktails, and future plans.

Please describe your background. Where did you grow up and how did you get involved in this business? Where is the rum handcrafted? How long does it take?

I got involved in distilling when I lived overseas in holland. Though always had a passion for it and had studied chemical engineering in school, in the early 2000’s i started working for a distillery and eventually started making vodka with a friend. Though that didnt succeed it gave me taste for it and knew it was something i would return to.

I grew up in the area (my mother’s family is from out here) and moved back to Sag Harbor a few years ago and thought a rum would something fun to bring back to the area. It took a few years to get the venture started, but we finally started selling the rum in May of ’14.

We make the rum up in Baiting Hallow – it takes about a year to make a batch. We start with a high proof rum that we age in bourbon barrels for a year and during that again we infuse it with a number of fruits and spices to create something we like to call “Old Whalers Style Sag Harbor Rum.”

Which are your favorite cocktails to create? For summer/winter?

I like to make simple cocktails. For summer I mostly recently have been making what we call a Pink Whale – Sag Harbor Rum, Ginger Beer and a drop or two of Hibiscus to give it a nice color. In the winter, i usually make something a bit more hardy – if its cold there is nothing like fresh apple cider and Sag Harbor rum.

What does your rum mix well with?

Since the rum is so flavorful it mixes well with a number of things, again ginger beer being one of my favorites. Also fresh juices, like pineapple and grapefruit are great in any combination with a splash of soda and garnished with some mint.

Please describe your inspiration for creating the rum with its particular spices.

When we set out to create the rum we wanted to draw on Sag Harbor’s history as a whaling town and wanted to make something that felt like it had been out on these ships that would leave for multiple years. We drew on the legends of whalers storing rum in whatever provisioning barrels that had and where the rum would draw flavors from what they had been storing before whether it had been coffee or fruits, etc.

Which events did you partake in this past summer?

We do a lot of events in the summer – one of my favorites is the Quogue wildlife refuge as its in such a picturesque setting and they bring out a few of the animals during the event.

Where are you planning on selling in the future, besides your current locations?

We just started selling in New York City this spring and have a few locations in Pennsylvania, Rhode Island and are about to start selling in Connecticut as well. I think we are in the age of local craft products so I see the rum as more of regional item so don’t imagine we will go too far and wide.

You can find Sag Harbor Rum at the Sag Harbor Liquor Store on Main Street.