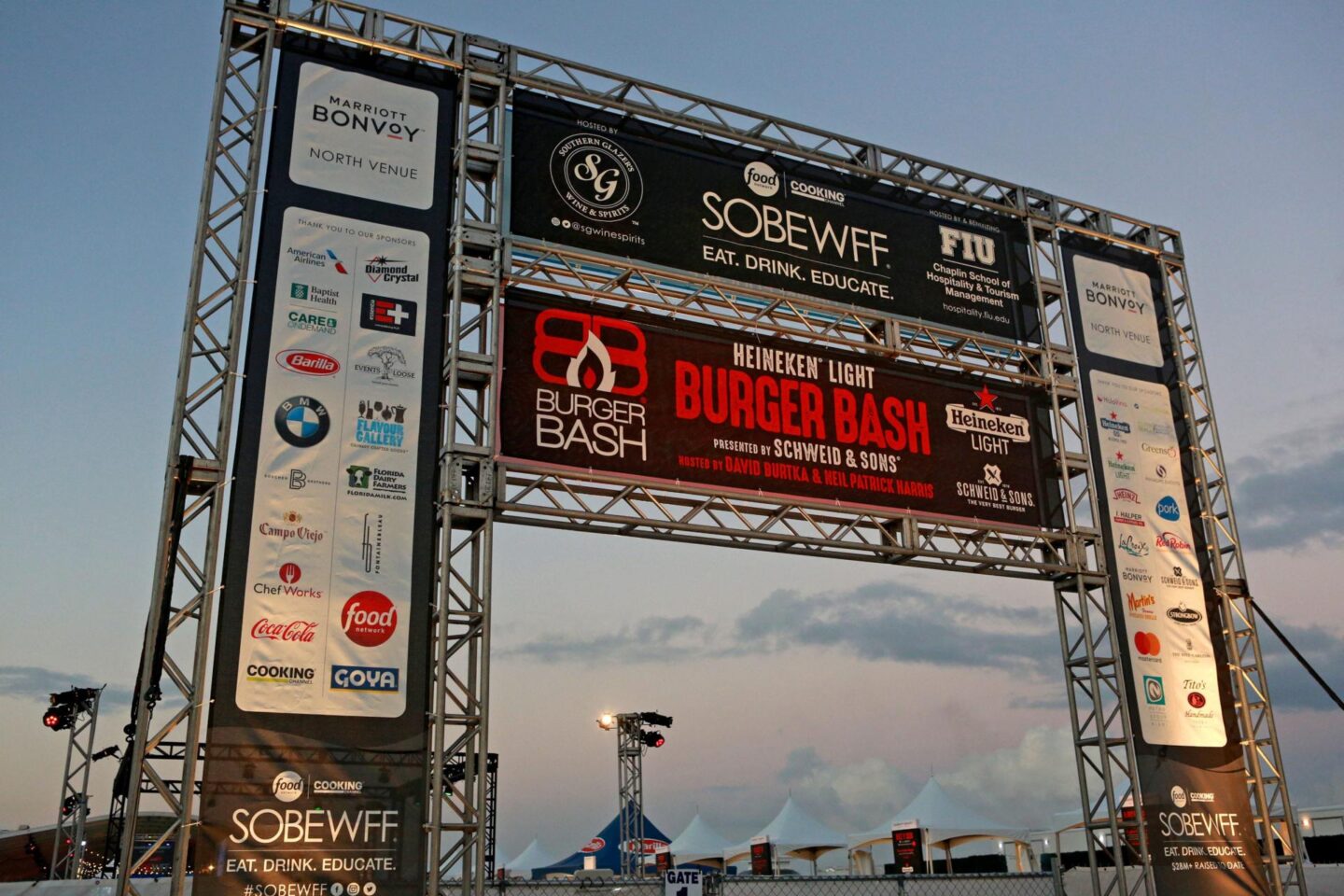 The aroma of freshly grilled burgers hit attendees right away with everyone quickly deciding which burger to try first. The portions were generous for the number of chefs on board this year, which numbered at over forty. “This is the 18th Burger Bash, and I have been here fifteen times, and I have been to all of the ones in NYC [NYCWFF],” said Mark Rosati, Head Chef and Culinary Director of Shake Shack. “Here, I see chefs from all over the world. Some of these chefs you see maybe only once or twice in your lifetime, but to come here together in this beautiful city with the beach as the backdrop, it’s great fun. It’s a small community globally speaking. There is something special about being here and celebrating being in the moment. Anytime there is an event in Miami Beach, you don’t have to ask. We are on the next plane!”

Chef Morimoto himself served guests his own Asian-inspired burger creation!

To note, there were many we did not have the opportunity to taste and look forward to coming again in the coming years to taste even more.

An Interview with Executive …

An Interview with Tara …

Leap into Autumn with …