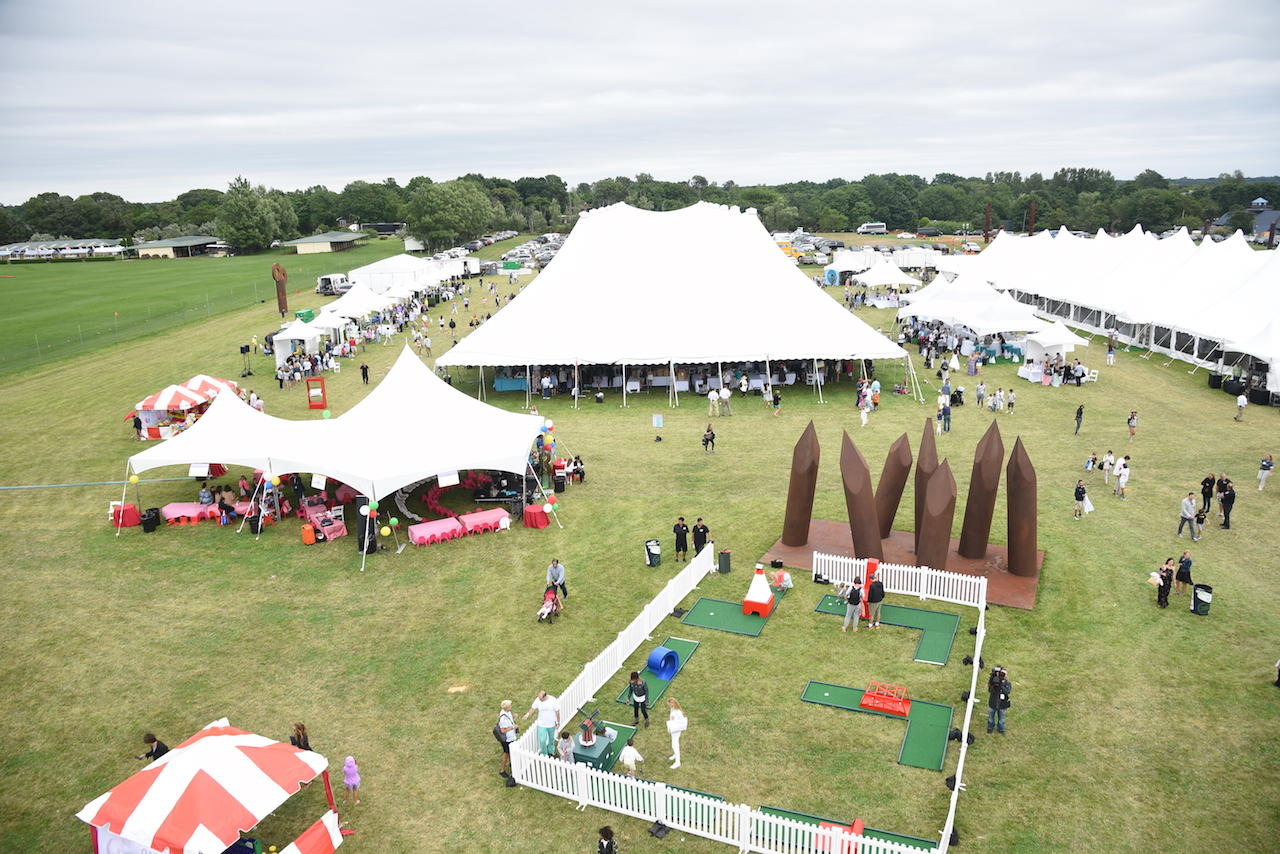 The 20th annual OCRFA Super Saturday was such a success! The famous ‘shop till you drop’ event took place this past Saturday, July 29th from 12-6pm in Watermill at Nova’s Ark. The VIP hour was from 12-1pm; general admission commenced at 1pm. This year’s event was hosted by Kelly Ripa, Donna Karan, Gabby Karan de Felice, Molly Sims, and Rachel Zoe, and presented by QVC. Over 2,000 people attended including supporters and their families, designers, celebrities, editors, media, and fashion lovers. Super Saturday raised over $3 million for OCRFA’s ovarian cancer research and support programs! I am honored to once again attend this stunning event and help contribute and spread the word about such an important cause. Donna Karan and Liz Tilberis, the late and beloved Editor-in-Chief of Harper’s Bazaar and President of OCRF created the event in 1998. Donna Karan has sponsored and hosted the event since its founding, and Kelly Ripa has been a co-host since 2004.

This all-day event is one of the most organized Hamptons summer events. The event was very well-attended despite the crisp bite in the air and anticipation of rain. Thankfully, the wind did not last long and we did not receive any rain during the event. It turned out to be a beautiful, sunny day during the last three hours. I arrived promptly just in time for the 12pm VIP entrance. There were already at least two hundred people on line eager and ready to get in and start shopping. Once we all entered, I first stopped by the Conair Beauty Bar, grabbed a refreshment, and then headed in to the big tent for some shopping. When guests wanted a little break from shopping, they had the opportunity to get their hair styled by Conair, experience a Reiki session from Urban Zen, get a mani on Kendra Scott’s manicab, have a fresh floral crown made for them by the talented artists at B Floral, snap a selfie with the Steven & Alexandra Cohen Foundation and Project Lyme, receive a psychic reading by Betsey Wahmann and Shira Plotzker, and spin with Northwell Health by hopping on a bike that creates artwork while you ride. Camp Divalysscious’s tent was set up and filled with so many fun activities for children and their families. Activities included puppet shows, glitter tattoos, dance parties, musical appearances, and story time. My daughter always loves Camp Divalysscious! Nearby, there was a giant slide, ferris wheel, fun mirrors, and more! I had a mani on Kendra Scott’s manicab that was just too cute for words! I also had my hair curled and braided by Conair, who was also hosting an Instagram contest during the event. After some shopping, I had lunch at the outdoor tables. Lunch was catered by Sant Ambroeus and included several pasta dishes, salmon, chicken, hot dogs, hamburgers, risotto, salads, and an eye-catching dessert table with tarts, cookies, gelato, and more. After lunch and some dessert, I was gifted bottles of honey lemonades from Honeydrop Beverages, sipped iced coffee by Hampton Coffee Company, and tried ARCTIC ZERO’s frozen desserts.

I stayed for the full six hours. You must stay the entire time; there are so many experiences to be enjoyed and I highly recommend combing through the fashion tent at least four times to discover more great finds and deals!

Below is a peek inside the highly coveted gift bag from this year’s OCRFA Super Saturday. A special thank you to the gift bag sponsors!