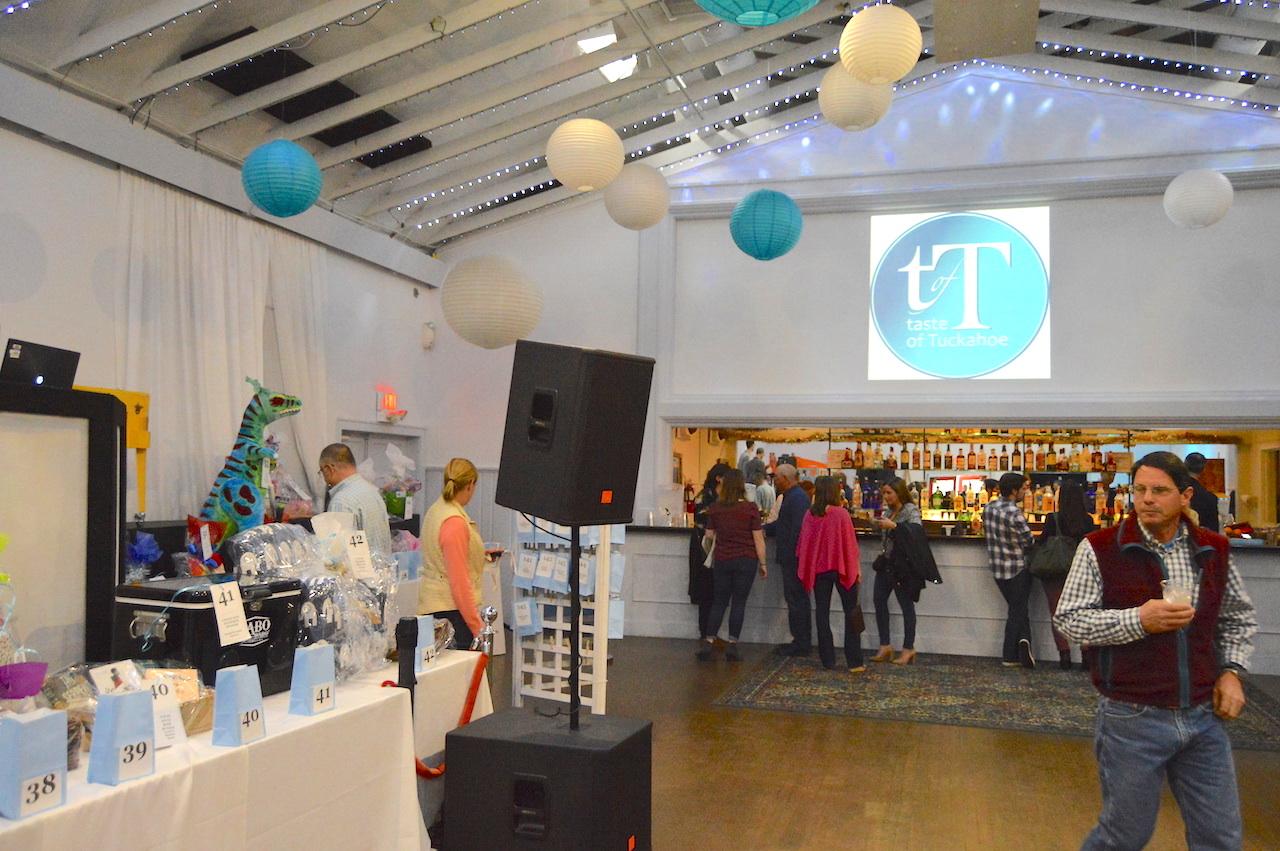 This past Saturday, April 27th, the annual fundraising event for the Tuckahoe School, Taste of Tuckahoe, took place at 230 Elm in Southampton. The event was held from 7 to 10pm, with a VIP hour from 6-7pm. In its eighth year, the event is presented by the Tuckahoe School PTO and always draws in a large crowd. Taste of Tuckahoe features tastings from local restaurants, bakeries, and catering companies, in addition to a small selection of coffee, tea, wine, beer, and spirits. There was also the opportunity to bid on items in their Silent Auction or enter to win one of hundreds of prizes in their impressively curated Chinese auction.

The event also included a photo booth, and music by DJ Chris Cenzoprano. Ticket cost was $35 in advance, $45 at the door for general admission, and $65.00 for VIP which included an open bar. Everything was very delicious all around and there was a very diverse selection of food and beverages. My favorites included the Carrot Basil Soup and Mango Apple Tango by 230 Elm Catering, Towline BBQ’s Chopped BBQ Brisket sandwiches, Watermelon and Feta Salad by Hamptons Farms, and the Chicken Masala by Saaz.