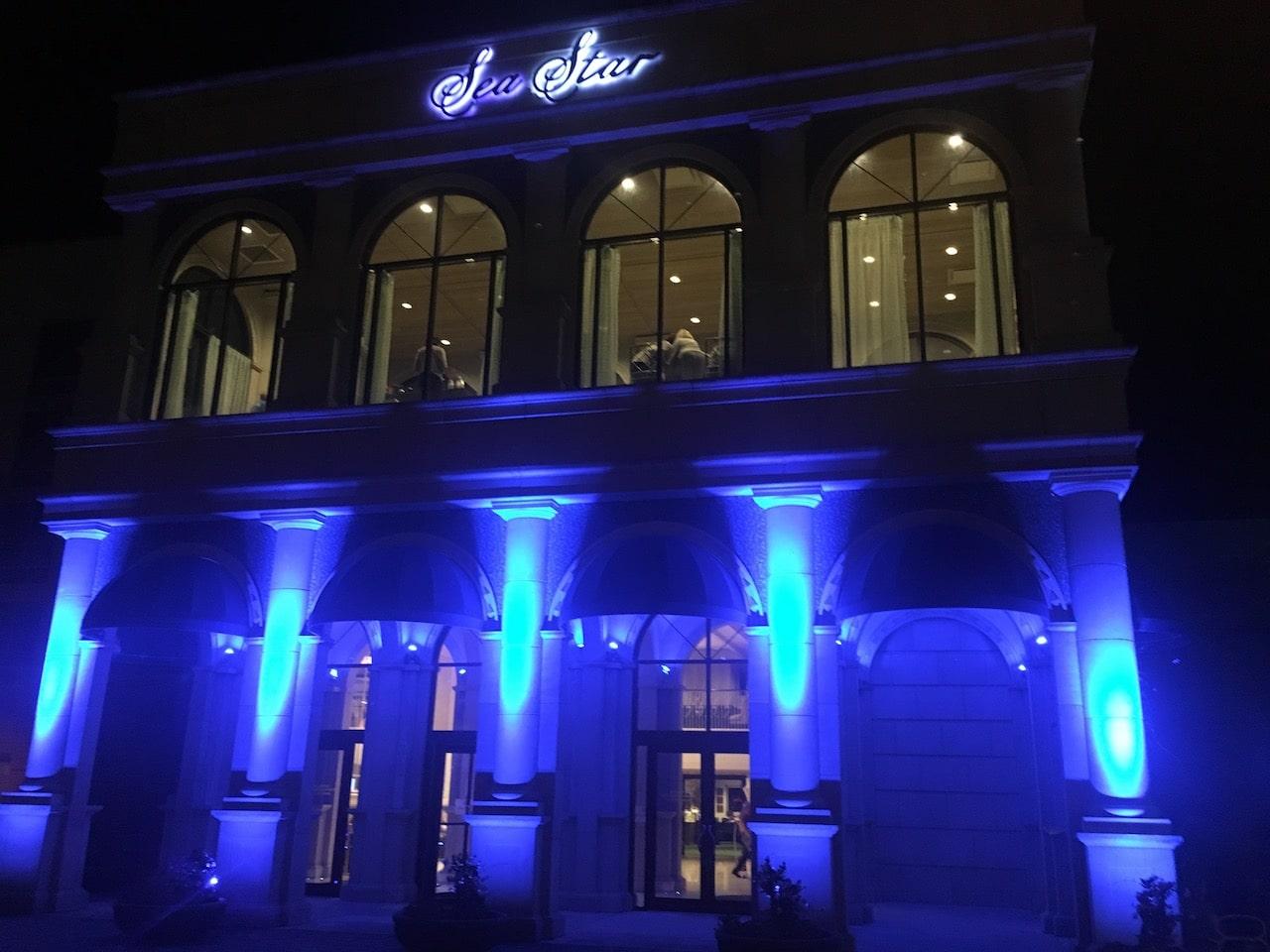 Elegance met aquatic at Taste the East End 2019 held at the Long Island Aquarium in Riverhead on Friday, June 7th. This year’s event brought together tastings and food pairings from dozens of local vendors. The venue—which boasts a terrace, ballroom, and courtyard along with the aquarium facilities—allowed guests ample opportunity to mingle, dance, and engage with the beautiful marine creatures on display. For anyone seeking a less heady drinking experience, iced tea tastings were available from several companies. Subtle Tea, based in Centereach, presented many delicious flavor mixes as well as their latest product, Peach Brewed Lemonade, which tasted like the height of summer in a bottle.

Food options were various and emphasized desserts and quick bites. Beach Bakery Grand Cafe was a star provider of sweets. Particularly notable were their fried croissants coated in cinnamon sugar and filled with flavorful raspberry jam. Wading River’s A Cake in Time served up delicious cake samples as well as edible cookie dough bites in a variety of flavors. And Lucky Lou’s Gourmet Rice Pudding, located in Calverton, had three varieties of their signature creamy concoction available to try. Several of the savory fare options were provided by the aquarium’s own Atlantis Banquets & Events and Seaside Grill, including fish tacos, duck risotto, and stuffed gourmet tater tots. The aquarium’s neighbor, The Preston House & Hotel, presented an admirable romanesco shrimp with almonds. And Cucina 25 Pizzeria and Restaurant in Riverhead added Italian fare to compliment the seafood.

Beautiful views of the Peconic River and Treasure Cove Resort Marina emphasized the nautical atmosphere of Taste the East End. Live music by local musicians New Life Crisis, Gino and Dave, and Denise Kean added to the upbeat atmosphere of the event, which felt like a summertime kickoff set on the water’s edge. Taste the East End did an excellent job of showcasing local vendors and giving guests the opportunity to discover delicious Long Island fare for the first time or to sample favorites from already-beloved businesses. The night was an ideal opportunity for people to come together and revel in the memorable experience that is summertime on Long Island.