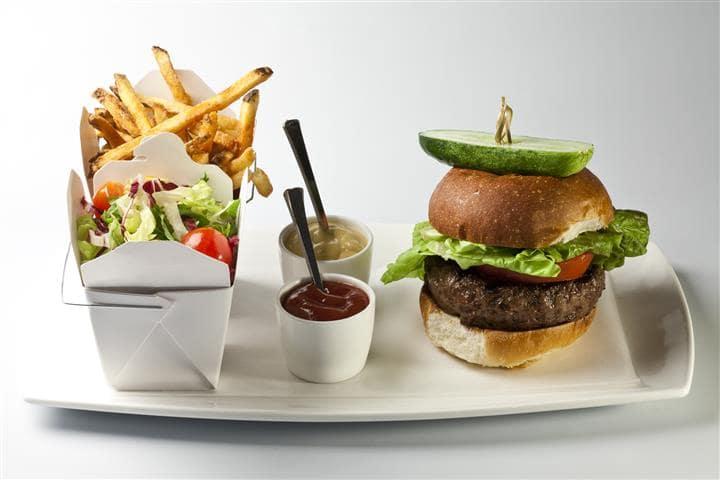 The Hamptons’ restaurant scene continues to attract new world class cuisine each year, and just expanded its selection of irresistible eateries with the opening of TBar Southampton.

One of New York City’s favorite hot spots, TBar Steak restaurant is sinking its chops into the East End, with its newest project from seasoned restaurateur Tony Fortuna. The joint venture, along with entrepreneur and partner Derek Axelrod whose family owned the French Connection clothing line, and the former owner of Mexican eatery Teqa, will take over the former Jue Lan Club space, which has transformed into a more casual sister of TBar with an airy, beachy vibe and the greatly coveted indoor and outdoor seating. Just in time for grilling season, Hamptons’ foodies can expect the same signature modern-American steak and seafood items that the flagship offers, but with some new lighter additions and even more seafood and sushi. The wine list and cocktails will be highlighted with a mixologist at the helm, as well as a late-night reverse happy hour at the bar. For those beachside picnic lovers, the restaurant will offer later in the season, a perfect Beach Basket Special to-go, including fare, beach towel and hat. And, if that’s not enough, to keep things fresh and exciting, T Bar will add contemporary jazz and other programming throughout the season.

TBar Southampton is currently open Thursday-Sunday from 5-10:30pm, and will be open seven days a week from 5-11pm starting the 4th of July and until Labor Day. A late night reverse Happy House will be from 11pm-1am at the bar.