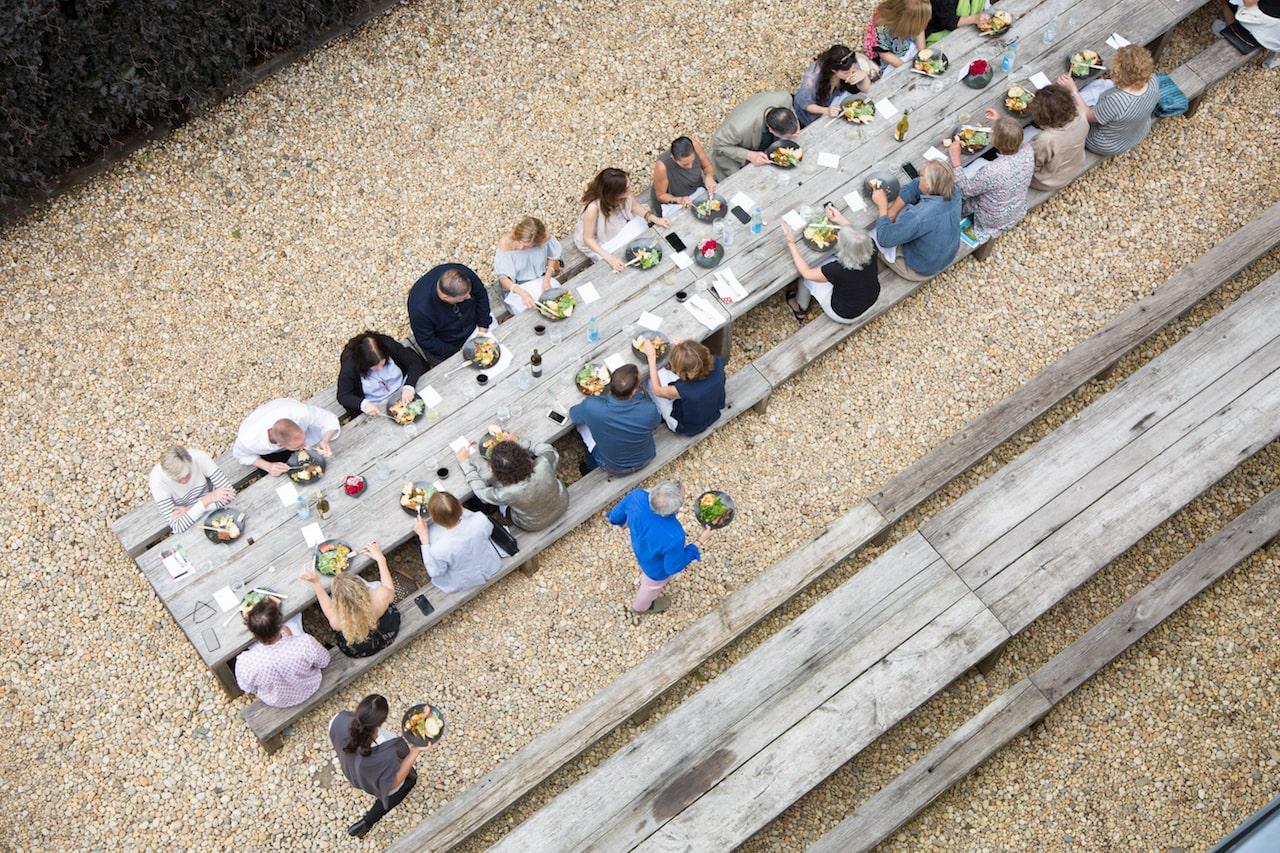 The next Artists’ Table brunch series will be held on Sunday, June 9 from 12-2:30pm at The Watermill Center with Chef Jason Weiner of Almond Restaurant and L&W Market in Bridgehampton. The afternoon will include a farm-to-table meal prepared by Chef Weiner, and features an intimate presentation. The brunch will also be featuring presentations from Cleek Schrey and Afua Ansong, current Artists-in-Residence at The Watermill Center.

Since 2001, Chef Jason Weiner has served as executive chef and proprietor of Almond restaurant which opened its first location in Bridgehampton, New York, followed shortly thereafter by a second Almond outpost in Manhattan’s Flatiron District in 2008. In Spring 2018, Weiner and his business partner opened L&W Marker adjacent to Almond in Bridgehampton, offering prepared foods straight from Almond’s kitchen, local produce and Almond’s own product line.

Founded in 1992 by avant-garde visionary and theater director Robert Wilson and Byrd Hoffman Water Mill Foundation, The Watermill Center is an interdisciplinary laboratory for the arts and humanities situated on ten acres of Shinnecock ancestral territory on Long Island’s East End. With an emphasis on creativity and collaboration, Watermill Center integrates performing arts practice with resources from the humanities, research from the sciences and inspiration from the visual arts.

Tickets are $100 per person. The Watermill Center Byrds are eligible for a 10% discount, with a limit of two discounted tickets per member. Purchase tickets to Artists’ Table via the link below.