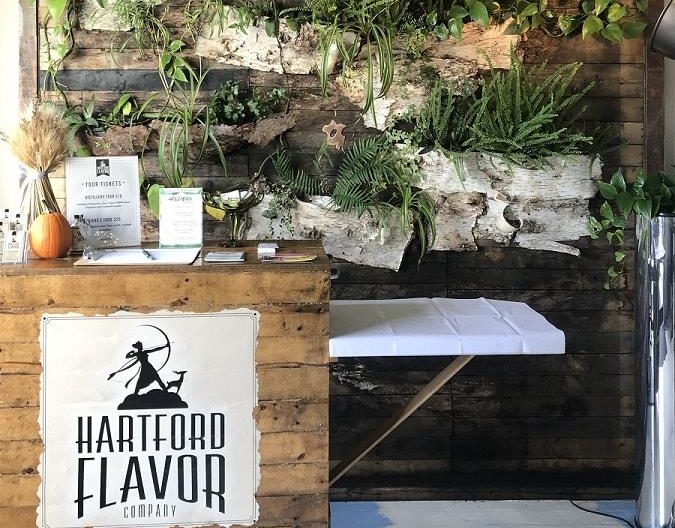 If only the food and drink we love to enjoy were made of  healthier ingredients. This was a need that drove Lelaneia Dubay of Wild Moon Liqueurs to create something brand new. After being plagued by headaches and stomach upset Lelaneia’s doctor advised she abstain from cocktails. She was able to heed this advice for about 6 months. One day, inspiration struck. Perhaps it was the ingredients in the drinks, not the drinks themselves, that were causing unpleasant symptoms. What if there were a line of distilled products that were free from gluten, artificial flavors, preservatives and chemicals?

Since none of the products on the market fit the bill, Lelaneia decided to make her own. Anyone who has tried her line of Wild Moon ‘healthy’ Liqueurs is very glad that she did. In March of 2015, the company and tasting room officially opened to the public.

Wild Moon Liqueurs are different than their counterparts in that the creators of the product want you to remember the flavor, not the alcohol. It is for this reason that the distillery that produces Wild Moon Liqueurs was named The Hartford Flavor Company. The product lineup includes ten unique flavors, all of which are created using the namesake ingredient and nothing else.

The Cucumber Liqueur is made using 200lbs of cucumber, peeled by hand by some of the 13 employees that make up the Wild Moon Liqueurs team. Cranberry is made using 400 pounds of locally sourced organic cranberries. Other flavours include lime, rose, lavender, birch, and chai. There are also three barrel-aged variations, rose barrel aged in tequila barrels, cranberry aged in scotch barrels, and birch aged in bourbon barrels.

These liqueurs have endless applications in mixology. Birch and bourbon is a popular combination, as is rose with tequila-based recipes. The barrel aged variations add a deep complexity to cocktails yet are balanced enough to sip on their own. Lime Liqueur can be used in place of sweetened lime juice or sour mix to elevate any cocktail. Wild Moon Liqueurs are currently distributed to eight states. If you pick up a bottle, be sure to participate in the Wild Moon Liqueurs scavenger hunt.

Each US made glass bottle is hand-labelled with the batch and bottle number. Approximately 13 bottles out of every batch have a small dot marked under the batch number. If you find one of these special bottles, bring it back to the Hartford Flavor Company. Wild Moon Liqueurs will then give you another bottle on the house!