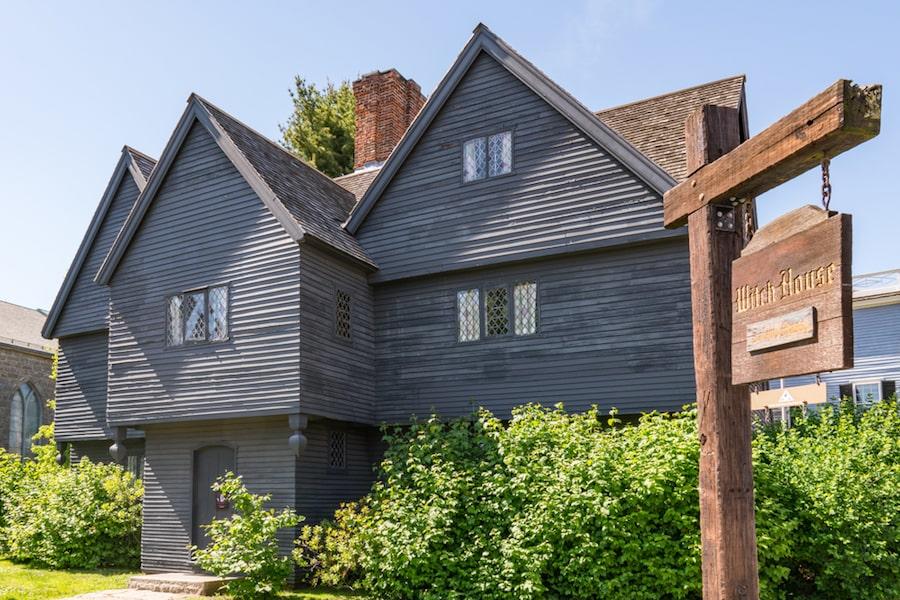 Salem, MA has developed fame and tourism surrounding their historic and highly-publicized bout of witch hysteria in 1692-1693. What if I told you Salem was not the first New England colony to hold public trials, and subsequently condemn to death a number of their citizens accused of witchcraft? The distinction of the first colony to try and hang “witches” belongs not to Massachusetts, but to Connecticut, who experienced their own witch hysteria from 1647-1662, three to four decades earlier than the Salem witch hunt. CT would commit 22 executions in all (2 more than Salem’s total of 19). What many people do not know is that New England did not start the tradition of witch hunts. This is a social/cultural attribute brought over by the settlers from their homeland of England, who began hunting witches back in 1612.

The outlawing of witchcraft was by no means new, even in the 1600s. Hammurabi’s Code, one of the earliest examples of written law, forbids witchcraft or sorcery. When early CT was established, it was decreed “if any man or woman be a witch or consult with a familiar spirit they will be put to death”. Using an outdated, pseudo-scientific manual for legal jurisdiction entitled “Dalton’s Country Justice” (Published in England from 1619-1746), the founding settlers upheld this law, arguably to the point of fanaticism.

Puritans were devoutly religious to the point of extremism and feared “the devil and heathenism” above all else. These fears grew to epic proportions as they left their homeland, moved to a land populated by indigenous people whose ways of life offended the puritan extremists. These small, isolated townships with scarce resources and little intertown communication along the CT river valley led the townsfolk into a mentally unstable place where they began to turn on each other.

What Makes a Witch?

So, what characteristics made you eligible for this kind of accusation? Suspicion by neighbors was a major component. Another identifying factor of a witch was that after a quarrel with someone in town, the party who quarreled with the alleged witch would often come into some sort of misfortune. If you were friends, relatives, or even neighbors with an accused party, that would be ground to accuse you of witchcraft. Being unique, earthy, outspoken, or going against the status quo in any way was definitely grounds for suspicion. If you were suspected of witchcraft you were put to trial.

The testimony of those around you combined with the customary strip search to find the “devil’s mark” on the supposed witch. These marks were often in hidden places and could take on the appearance of a bruise, a freckle, a fleabite, or any other skin discoloration. These were typically all the ammunition that was needed to seal your fate.

The first victim was Alice Young in 1647. She was the first “witch” tried in the new United States. Mary Johnson was another witch documented as a “lazy servant girl who had the devil do her cleaning tasks”. Husband and wife John and Joan Carrington were tried and executed as a couple for the crime of witchcraft. Witches were also tried and convicted at sea, such as Katherine Grady, who “conjured a storm” and was hung from the mast en voyage.

The witch hunts began to wane in 1665 with the election of CT court Magistrate Gov. John Winthrop, a member of the Royal Scientific Society. Magistrate Winthrop took a more scientific approach to these trials and acquittals began to increase.

Many thanks to Manchester Board of Education member, Associate Dean of Student Affairs (Capital Community College), and avid researcher Jason Scappaticci who presented a lecture on this subject at the Southbury Public Library on October 14th 2019.